You Are Here: Home → 2021 → January → 12 → Okorocha Calls For New Political Alliance, Says Bad People In Both APC And PDP 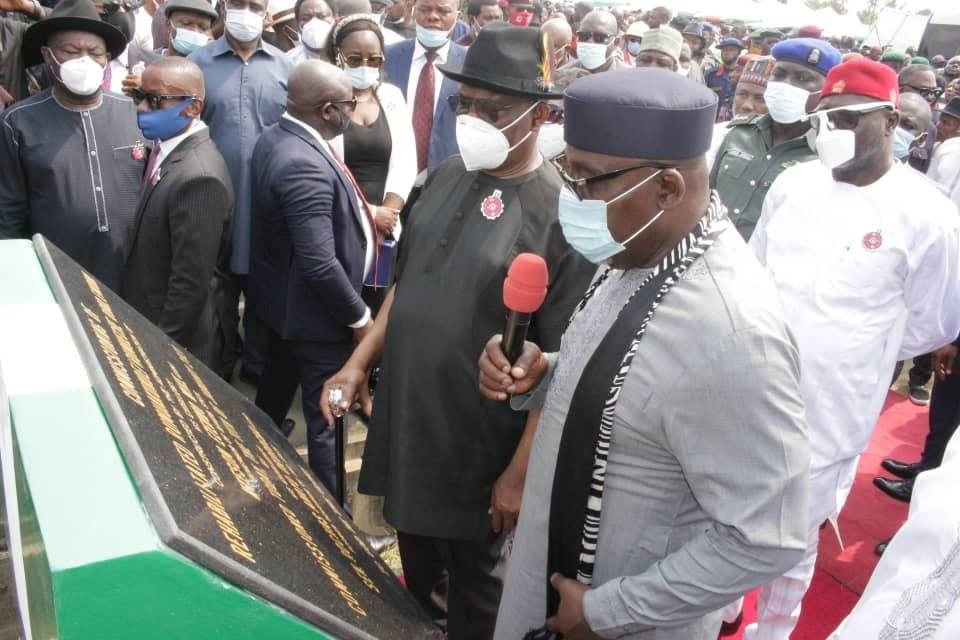 Ahead of the general election in 2023, former Imo State Governor and a serving APC senator, Owelle Rochas Okorocha has called for a new political alliance between good leaders of like minds in the ruling party All Progressives Congress (APC) and the lead opposition party, Peoples Democratic Party (PDP), stating that both parties have bad people in their midst.

The senator, who was once a member of the PDP and was recently accused by the Imo state governor of planning to destroy the APC before defecting to another party, made this call on Monday while being a guest to Governor Nyesom Wike in Rivers state to commission the Rumueche/Rumuakunde Ohna Awuse Road in Emohua Local Government Area of Rivers State.

“I could imagine where I would join forces with Wike. Governor Wike, this is my hand of friendship. Let us bring all like minds, all great people of Nigeria. Rather than complaining, let us come together to make this country greater and greater as it should be.

“What brought me here today is not a party, but love and friendship. I am not PDP, I am APC, but the time has come when we must break the jinx of party division and embrace brotherhood and friendship and be able to state what is good and what is bad. A bad man is a bad man whether he is PDP or APC.”

Senator Okorocha said Governor Wike is a courageous leader who has spoken truth to power and continued to improve the lot of Rivers people with his projects delivery mantra.

The senator also said political power is a trust which can only be justified when used for the common good. He noted that, it is obvious that the masses of Nigerians are not asking for too much from their leaders other than basic necessities of life.

According to him, leaders who are unable to provide basic amenities such as electricity, water and road must be considered failed leaders.