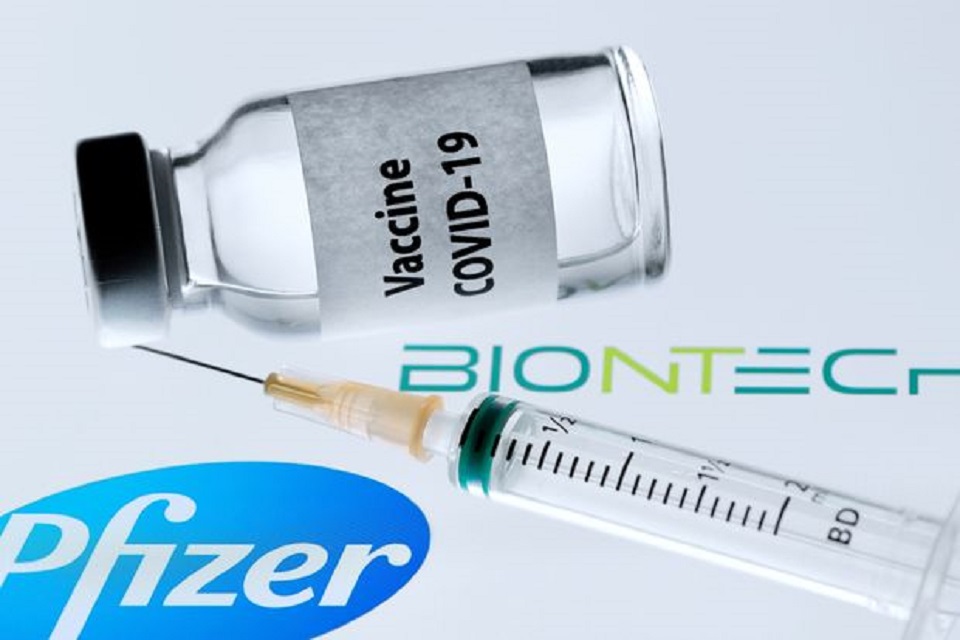 The United Kingdom on Wednesday becomes the first country in the world to approve the use of Pfizer/BioNTech coronavirus vaccine for widespread use.

The first 800,000 doses will be available in the UK from next week and will be first prioritized to protect people “who are most at risk of dying from COVID-19”, as well as the elderly people, those in care homes and some NHS staff.

The vaccine will be given as two injections, 21 days apart, with the second dose acting as a booster. It takes a few weeks for immunity to build.

The government said in a statement, “The Government has today accepted the recommendation from the independent Medicines and Healthcare products Regulatory Agency (MHRA) to approve Pfizer-BioNTech’s COVID-19 vaccine for use. The vaccine will be made available across the UK from next week.”

ALSO READ  Geneva Adopts Highest Minimum Wage In The World, At $25 Per Hour

Dr June Raine, chief executive of British regulator the MHRA, said the recommendation followed “an extremely thorough and scientifically rigorous review of all the evidence of safety of effectiveness and if quality” of the vaccine.

“This vaccine has only been approved because those strict tests have been done and complied with and everyone can be absolutely confident that no corners whatsoever have been cut,” she said.

The government stated that the safety of the vaccine is similar to other vaccines, with mild side effects that last only for a day. It added that no testing is required before receiving the vaccine.

UK Prime Minister Boris Johnson hailed the development as “fantastic” news, adding: “It is the protection of vaccines that will ultimately allow us to reclaim our lives and get the economy moving again.”

According to an official report, the UK has recorded the deadliest outbreak of the virus in Europe, with more than 1.6 million cases of coronavirus having been recorded since the pandemic began and have lost more than 59,000 people to the virus.

The Pfizer/BioNTech was the first vaccine to publish positive early results from final stages of testing.

It is a new type called an mRNA vaccine that uses a tiny fragment of genetic code from the pandemic virus to teach the body how to fight Covid-19 and build immunity.

An mRNA vaccine has never been approved for use in humans before, although people have received them in clinical trials. Because the vaccine must be stored at around -70C, it will be transported in special boxes, packed in dry ice. Once delivered, it can be kept for up to five days in a fridge.

The UK has already ordered 40 million doses of the free jab which is enough to vaccinate 20 million people.

According to UK Health Secretary Matt Hancock, “the doses will be rolled out as quickly as the company in Belgium can make it, with the first load next week and then “several millions” throughout December.

“But the bulk of the rollout will be next year.

“I’m confident now, with the news today, that from spring, from Easter onwards, things are going to be better. And we’re going to have a summer next year that everybody can enjoy,” he added.