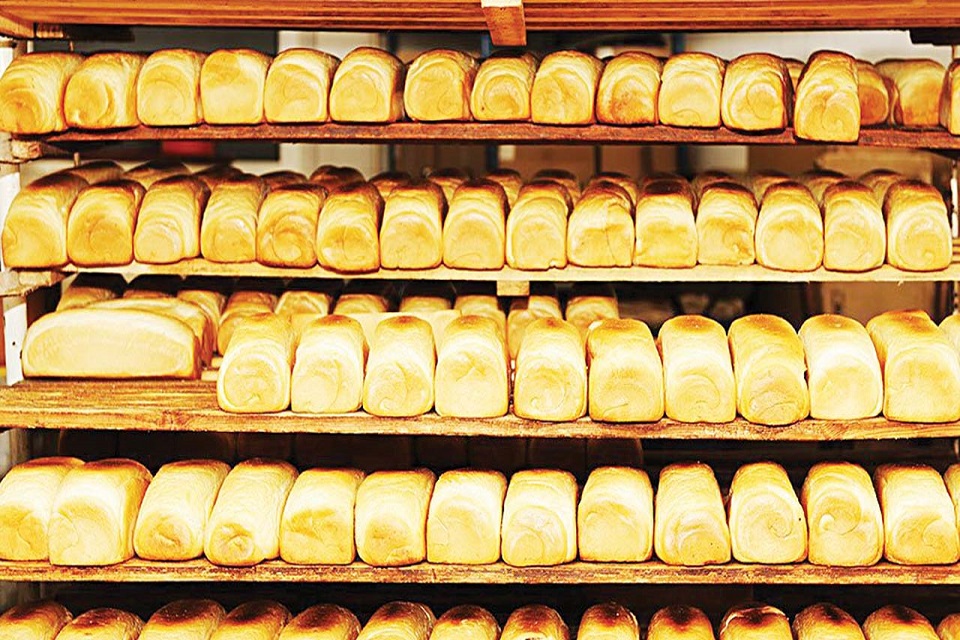 The attempt by Association of Master Bakers and Caterers of Nigeria AMBCAN to elect new national officers ended in fiasco at the River Plate Park, Abuja, recently, as two groups emerged from the outcome.

The fiasco started after the conduct of the presidential post where Alhaji Mansur Umah polled 96 votes against Alhaji Zubairu Muhammed who got 86 votes.

The polling agent of Alhaji Mohammed identified over twenty-six persons who were not properly accredited and called for fresh re-accreditation of delegates which was overruled by the electoral body.

The attempt to ignore the fake delegates allegedly imported by a flour mill known as Mama Gold, led to the boycott of the rest of the election.

The protesting group stalled the process for over four hours, demanding fresh accreditation of delegates, before they staged a walked out of the venue of the elections citing glaring irregularities, and abandoning the rest of the exercise.

In a petition sent to the office of the President, Vice President, Minister of Agriculture and Director State Security Services, FCT the dissenting group claimed that “  the association of Master Bakers and Caterers of Nigeria do hereby rejects the fraudulent election held on the 7th of October at River Plate Park, Abuja  because the process was hijacked by fraudulent actors bent on hiding their monumental embezzlement of Federal Government incentives to Master Bakers aimed at making the price of bread unaffordable’’

“The Stakeholders of Master Bakers of Nigeria do hereby calls upon President Muhammadu Buhari to institute a proper investigation of the embezzlement of the past seven years, and diversion of incentives, stimulus, subsidies aimed at making the price of bred affordable to Nigeria.

“The Stakeholders of Master Bakers of Nigeria asks the Economic and Financial Crimes Commission EFCC to help recover all the stolen incentives with the flour mills, Bank of Industry and other agencies which these executives deceived and diverted packages from”

The group alleged that proper accreditation of delegates was not conducted and that the owners of Mama Gold Flour Mill brought strange persons in four buses and gave them bribes ranging from N70,000-N30,000 to vote for their preferred candidate. A contestant told delegates at the venue that he was offered bribe of N10 million naira to step down for a preferred candidate.

Alhaji Zubairu Abubakar while calling for the cancellation of the elections promised to “consult his lawyers before further comments because he is too shocked to see such levels of criminality with supposedly civilized people”.

Prince Jacob Adejonrin while addressing the delegates at the venue of the botched election said that “there is no way this charade can continue. A situation whereby attempts to institute accountable leadership in the affairs of AMBCON is resisted with fraudulent elections can no more be tolerated.  This is not a personal fight, rather a battle to make the price of bread affordable to all Nigerians”

Mr Sunday Akam while addressing the delegates said that “we came here for the accreditation yesterday as agreed only to discover that Mama Gold Flour Mills had imported people into the venue, with four coaster buses, against the agreements that no flour mill will sponsor any candidate.

We also agreed on open –secret ballot due to the Federal Government Guidelines on Covid-19, and proper accreditations but to our surprise, those who are not bakers flooded the venue and were accredited. There is no way we can continue with the process”

The enraged delegates stalled the process for over four hours before walking out and relocating to Royalton Hotels, Area2 Abuja, where they elected interim management.

After the election of Interim Executives at Royalton Hotels, the new Interim National Secretary, Mr Sunday Akam called upon “the Federal Government to conduct a fresh election devoid of fraud, manipulations, irregularities and vote buying so that reforms that will make the price of baked product affordable will be initiated. The state of affairs in the organization is making the price of flour soar from N9000 in March to N18,000 in September, and it is not acceptable”

The Director General of Igbo Mandate Congress, IMC, Rev Obinna Akukwe had blamed the leadership crisis of the bakers association for the rising cost of flour, bread and bakery products.

He condemned a situation whereby the price of a bag of flour rose astronomically from N9,000 in March to N18,000 in October because criminals running the bakers association at the national level lack the tact to engage government and the flour mills for proper intervention.

While receiving some delegates from the South East and South South who paid him a courtesy call, Rev Akukwe asked for “proper election into the body and urgent intervention of President Muhammadu Buhari and Vice President Osinbajo’s Economic Stimulus Group to urgently address the crisis of Association of Master Bakers and Caterers of Nigeria before an ‘Anti-Bread Hike Protest’ erupts nationwide compounding the already simmering EndSars Protest”

The Secretary of the Electoral Committee, Comrade Ede Egbuji, and two members of the electoral committee, Alhaji Suleiman Mohammed and Alhaji Gidado discredited the process and refused to sign the elections register. They called for fresh polls, and have made their reports to the appropriate bodies.