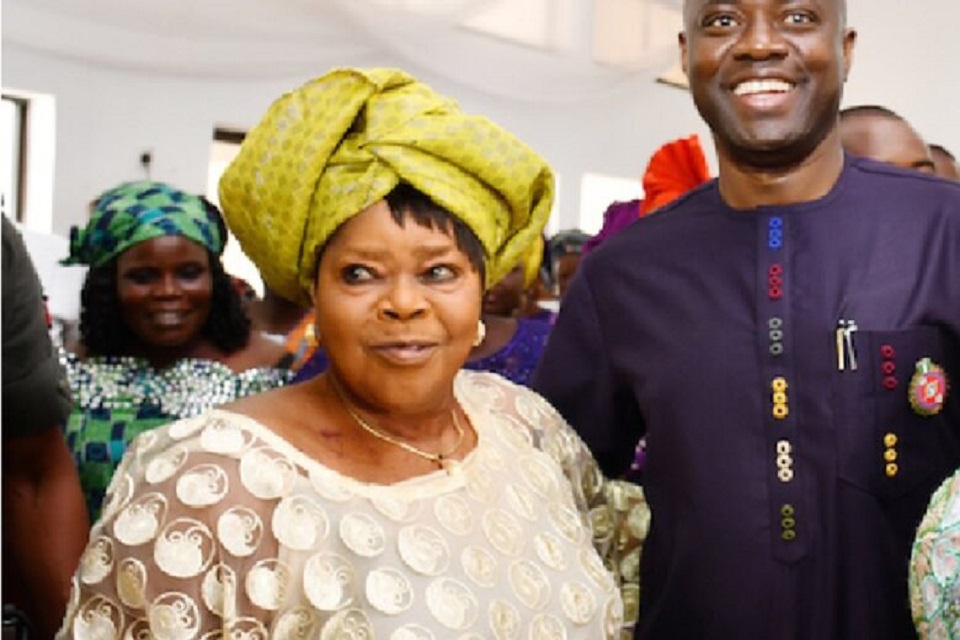 The Governor of Oyo State Seyi Makinde is currently in a mourning mood as he has lost his mum to the cold hands of death.

Seyi Makinde’s mum died on Thursday morning of October 15 at the age of 81.

The family of the governor officially announced the death of Mrs Abigail Makinde in a statement signed by Barrister Muyiwa Makinde on behalf of the family.

The statement disclosed that the deceased gave no indication of any sickness as she slept peacefully in the Lord at the age of 81, thanking God for sparing her life thus far, adding that she will be missed sorely for her counsel, motherly role and impact on the lives of her children and the grandchildren.

The family added that Mrs Makinde would be missed for her impactful role as a stabilizing force in the family, her community and especially Oyo State, which is currently being governed by her son.

Meanwhile, the Speaker, Oyo State House of Assembly, Adebo Ogundoyin has described as shocking, painful and sorrowful the death of the mother of Governor Seyi Makinde, Mrs Abigail Makinde saying the loss of a dear mum is huge.

ALSO READ  7 Surprising Things You Can Do With Used Teabags

The Speaker, while commiserating with Governor Makinde and indeed the entire Makinde’s family in Ibadan said, Oyo State has lost a true mother and a prayer warrior.

According to Ogundoyin, though Mama was in her early eighties, her demise was unexpected at this period when her experience, counselling are highly needed.

The Speaker noted that the good life Mama Makinde lived was evident in the way she painstakingly tutored and raised her children who are all great ambassadors of the family and Oyo State.

“Mama was bubbling with health, life and energy when her children celebrated her eighty years birthday. Everyone thought Mama would be with us till one hundred years. But alas, cold hands of death snatched Mama away at this very suspicious time. She was such a caring, loving and supportive mother anyone would wish for.

“I simply and deeply sympathize with His Excellency over this loss and I understand immensely the grief in your heart. You were a precious gift to your children and indeed Oyo State as you touched so many lives positively,” the Speaker said.