Rivers Politics: PDP about to experience an implosion – Eze 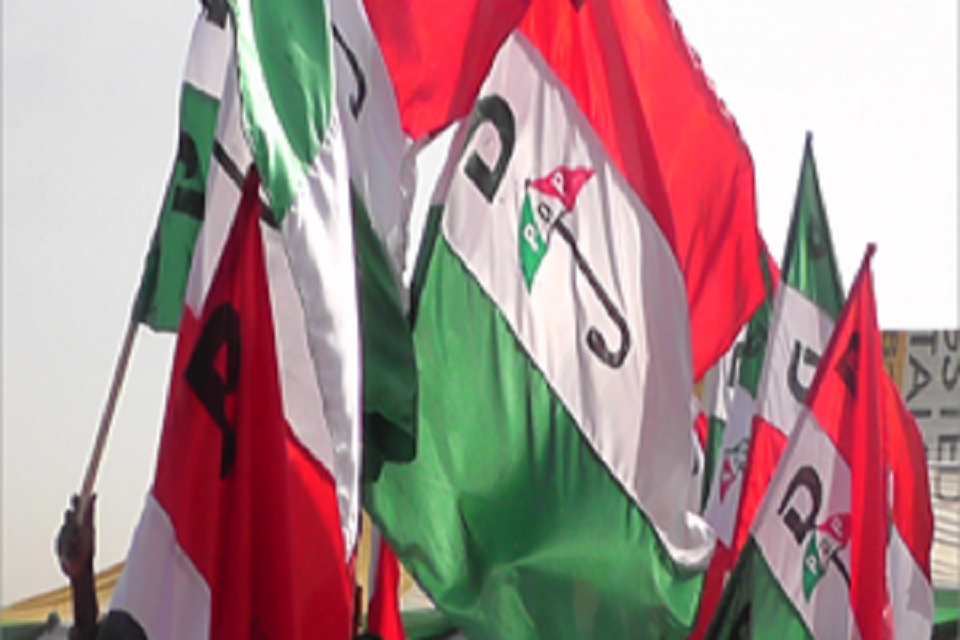 A palpable gloom of apprehension seem to have captured the entire circle of the People’s Democratic Party in Rivers State, following the departure of two federal Lawmakers whose thoughtful exit has suddenly provoked a turbulent and blustery political atmosphere capable of shattering the oldfangled umbrella and grossly wilting its shielding strength in Rivers State.

The Legislators’ bug off from the grossly shattered, largely perforated and torrentially leaking umbrella and consequent accession into the progressives family has the potential of tweaking  the Rivers APC and injecting fresh blood into the system as part of rebuilding efforts for optimum performance.

Former National Publicity Secretary of the defunct New People’s Democratic Party (nPDP) and chieftain of the All Progressives Congress APC, Chief Eze Chukwuemeka Eze revealed this to media houses in a statement made available Thursday, in the South/South region.

He noted that the impending perpetual implosion of the Rivers State Chapter of the PDP is not unconnected with the stone-blind  and anti-people style of governance adopted by the PDP/Wike led government into the scope of its steering mannerisms in the discharge of its owed obligation to the Rivers public.

“Most of the groups that have expressed disenchantment with the non-existence of real governance in the state and willingness to pitch their tent in the All Progressives Congress blamed their grievance to the large scale corruption that has overwhelmed the system” Eze said.

Consequent upon the absence of a clear-cut framework with which government operates, the party chief averred those government officials and their cronies who crown themselves reformers even when they have only reformed their pockets at public expense.

Chief Eze said with the perpetual denial of pensioners their due and continued refusal of the state government to implement the Salary increment to Civil Servants as approved by the Federal Government coupled with insensitivity to crucial issues facing the State, the implosion and collapse of the PDP in Rivers State is very imminent given the fact that people can no longer be led through their noses in the 21st century.

Setting the stage for the actualisation of the immediate fractionalization of the PDP in Rivers State, some aggrieved disappointed PDP bigwigs have already gone to court to challenge the last Congress of the Party where a sizeable number of persons taking shield under the weak umbrella were denied participation in the process.

The party stalwart said, report already in the open reveals that Solomon Tamuno Solomon Esq. on behalf of the aggrieved members of the PDP has filed a law suit challenging the just concluded congresses in the State at the FHC Owerri, and have been granted leave to serve all the purported Executive Committee members of the party via substituted means.

Highlight of the impenitent implosion of the PDP resulted in two federal PDP Lawmakers from Rivers State joining the APC with their crowd of supporters.

Recall that Rep. Ephraim Nwuzi of Etche/Omuma Federal Constituency and Rep. Chisom Dike of Eleme/Tai/Oyigbo Federal Constituency as well as a former Rivers Commissioner under the Wike Government, John Bahzia, recently resigned their memberships of the PDP  citing poor leadership and wanton corruption among officials of the state government which has crippled economic growth and bequeathed massive job losses and hunger on the people.

Eze envisaged that before the end of 2020, great sons of Rivers State will follow suit and collectively, the state will be delivered from the shackles of a system where meritocracy is sacrificed in the alter of mediocrity and from further downside in all areas of governance and proudly, Rivers will assume its envious place in the comity of states in the country.

Describing the trio of Nwuzi, Dike and Bahzia as brave, the party chief expressed confidence that their entrance into the APC will contribute meaningfully to the ongoing efforts at stabilizing the party adding that the current revolution in Rivers State is crucial to the economic development and general well-being of the state and her people.

He commended leaders of the APC who on daily basis welcome key PDP members at the grassroots across the 23 local government areas into the APC, stressing that their action is a good proof to all that they mean well for the party.

Similarly, Eze hailed other party stalwarts who recently embarked on visits to party faithful at the grassroots to ascertain how they do and strength their confidence in the APC and the Transportation Minister, Rt. Hon. Chibuike Amaechi.

Given the current trend of mass movement of people into the APC, the party bigwig emphasized that Nigerians need not bore themselves with Gov. Wike/PDP media boisterousness, stressing that enslaved PDP members in their thousands are set to pitch their tent with the APC soonest.

Eze commended APC leadership in the State and tasked them to continue with the new strategic approach to membership recruitment into the party, stressing that the ultimate goal remains reclaiming the Brick House come 2023.