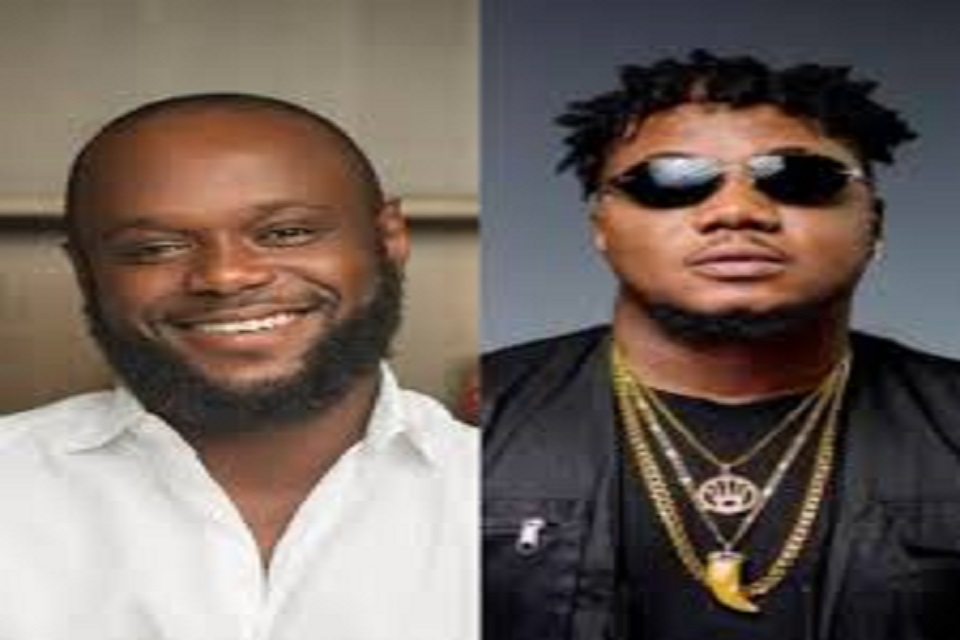 Nigerian music star Sodiq Abubakar Yusuf, popularly known by his stage name CDQ, took to his twitter handle to drag Seyi Tinubu the Chairman of Laotsad Promomedia over an incident that happened a day before when they met at a friend’s place, the musician addressed as David in the tweet.

The message was of a tone that portrays it as if CDQ was disrespected by the IT enthusiast over an incident that happens where the two were hanging out.

We can however reliably tell you all that happen at the said David’s house, according to our source who was also present at the scene, the situation between the familiar two was a normal man to man talk about substituting ones children education to designer wears.

Our source revealed that in the course of the discussion, Seyi was of the opinion that one’s children’s education supercedes everything else and that designers wears cannot be compared to educating your children and that the two are far apart, the source continues that in other to buttress his belief and his theory, Seyi took CDQ’s designer cap which incidentally is the only designer ware around, and he put it on the ground to explained that anybody can step on it without knowing it is a designer cap but that children’s education and wellbeing cannot and should not be trampled on.

The source who is close to both Seyi and CDQ, expressed surprise that CDQ decided to tweet such guys talk even when he did not raise any objection when they were together and the fact that he can easily and always call Seyi to tell him how he felt since they are that close but will rather choose to air his anger on twitter and not to his supposed friend leave much to answer.

Though the source claimed Seyi meant no harm but the way CDQ took the issue the whole thing is not too good owning to the fact that it is a talk amongst friends who have unlimited access to themselves. It was gathered that Seyi had on several occasions render one sort of help or the other to him.

Meanwhile, other present at the scene also express their disappointment over the way CDQ push something he can easily call Seyi to settle with him to the public domain stating that all he is doing now is to chase clout or trend because of the fact that he knows he can get publicity using Seyi’s father political position not minding the fact that he has enjoyed the success that comes with his association with the son.

Findings shows CDQ had enjoyed many privileges that comes with his friendship with Seyi as his shows has at one time or the other give his show prominence on his billboard for free, Seyi has also be said to have helped him with shows and many more in the past.

He had always made himself available, only for him to now decide to take something that can be described as an in-house issue to the twitter.

Though CDQ has said he’s writing an article over Seyi, we can only wait to see what he’s going to write and how different it is going to be from what the people around when the incident happened said.