Pantami Is Too Focused To Be Distracted, By Kelvin Adegbenga 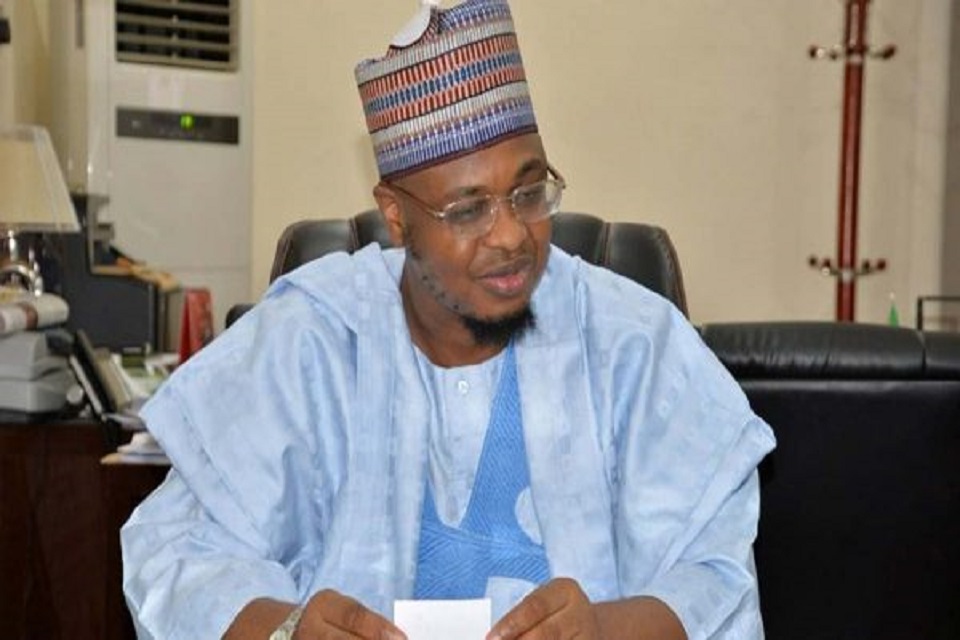 When I was searching for the news, I came across the excellent response from the Minister’s spokesperson Uwa Suleiman which received accolades from Nigerians who are used to the tissues of lies published by Sahara Reporters.

Browsing through Sahara Reporters this afternoon, I came across a poorly written opinion titled “ Minister Isa Pantami Abuja Houses And The Lies Used To Cover Mores Lies” written by one Mashood Musbau, who I strongly believe is a pseudo name of course.

To answer his uninformed opinion, I will like to go into who Dr. Isa Ali Pantami is.

Dr. Pantami studied Computer Science at Abubakar Tafawa Balewa University in Bauchi, Nigeria, gaining a BTech in 2003 Session and an MSc in 2008, before obtaining a PhD from Robert Gordon University, Aberdeen, Scotland. He spent his life pursuing both formal and informal education, by switching from one form to another.

He is also trained on Digital transformation in Harvard University, USA then Management Strategy in both, Massachusetts Institute of Technology, and Institute of Management Development in Loussaune, Switzerland. He was also in Cambridge University for Management Programme, among others. Pantami lectured at Abubakar Tafawa Balewa University in Information Technology before joining the Islamic University of Madinah as Head of Technical Writing in 2014.

In 2016, he was appointed as the Director General/CEO of the National Information Technology Development Agency (NITDA). He was confirmed by President Muhammadu Buhari as part of 13 newly appointed chief executives for 13 government agencies. His directive for NITDA upon employment was to develop the ICT infrastructure in the North East in the aftermath of the destruction caused by Boko Haram insurgency.

Shortly after the WannaCry ransomware attack, he organized the second annual conference on “Financial Fraud and Cyber Crime” in Abuja with the Federal Ministry of Justice and private sector partners. He also initiated the Nigerian national public key infrastructure (PKI) programme, and went into a security partnership with ESET, an IT security company that offers anti-virus and firewall products.

Pantami received an award as the “ICT Promoter of the Year 2017” in London by The Nigerian in recognition of “positive contributions to the ICT revolution in Nigeria, youth empowerment & good governance”. Within two years of his stewardship, he has received over 50 awards and recognitions both within and outside Nigeria.

He serves as a Member of Shari’ah Board of Jaiz Bank. He is also a Shurah member and Deputy Secretary General of the Supreme Council for Shari’ah (SCS) in Nigeria. He was educated in Islam by scholars including Muhammad Umar Fallatah, Muhammad ibn Al-Uthaymeen and Abdulmuhsin ibn Abbad.

He is also the Chairman of Board of Trustees of Al’Hudah Islamiyyah & Mosque Foundation, and a Member/Secretary of Bauchi State Elders Advisory Committee and Bauchi state National Qur’anic Competition Committee among other committees.

Religious books authored by him include Islam and Politics, Synonimity or Dichotomy?, The Essentials of Marriage in Establishing An Ideal Family, Month of The Qur’an & Its Virtues, and 63 Steps of Performing an Acceptable Hajj and Its Spiritual and Moral Lesson. On 23th July of this year 2019 he the list of new ministerial nominees of President Muhammadu Buhari. He is now the Honourable Minister of Communication and Digital Economy.

In response to the fictitious Mashood Musbau poorly written opinion; full of spelling mistakes, I will like to clarify that the Minister’s spokesperson remained professional as testified by seasoned journalists. It is her duty to clear the air around her Boss and she has done an excellent job.

I don’t know the moral right of the fictitious Mashood Musbau to question the Minister’s Spokesperson on questions such as the movement of the Minister’s two wives; who pay the house rent; his salary at the University in Saudi and the kind of business he was doing.

A man of Pantami’s status deserves houses in Maitama, Asokoro, Guzape and any part of the World.

Pantami has occupied his present house since January 2017; more than two years before becoming a Minister.

The other house he rented since 17th December 2019 was as a result of his Status as a Minister of the Federal Republic of Nigeria which he is entitled to like other Ministers.

For the ignorant of the fictitious Mashood Musbau, Pantami as never used religion for worldly gains as most of his staffs are Christians.

I challenge the fictitious Mashood Musbau to show evidences of journalist paid “to quite down the truth”.

Kelvin Adegbenga is a Public Affairs Analyst based in Lagos. kelvinadegbenga@yahoo.com