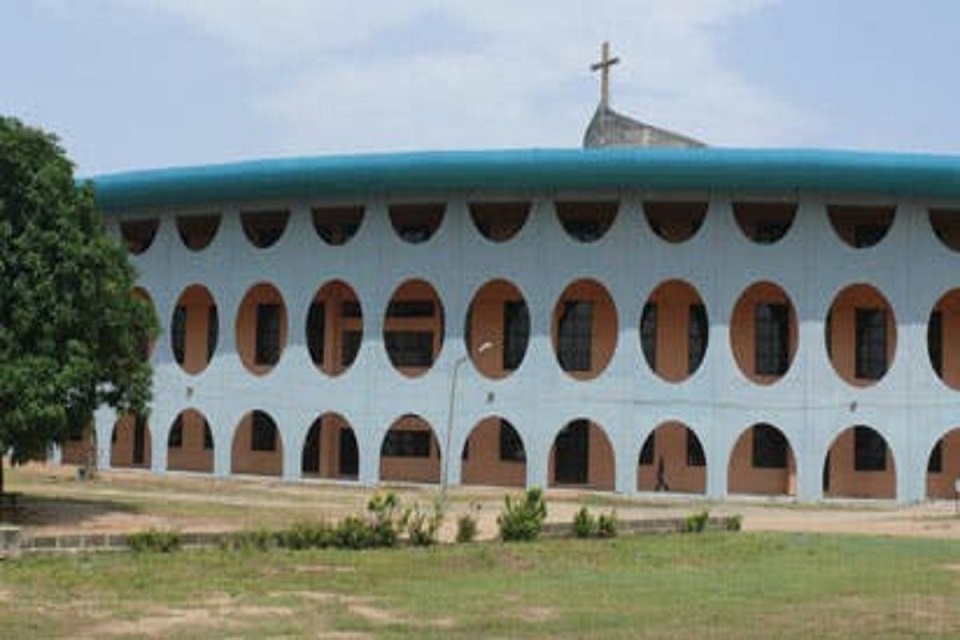 The Gates of Hell have swallowed churches in Lagos, Ogun, and Abuja as Governor Sanwo-Olu suspends planned lifting of restrictions on worship centers. Lagos, Ogun and FCT are the epicenters and headquarters of the Orthodox, Episcopal and Mega Pentecostal churches in Nigeria.

FCT resumed Sunday services two weeks ago and Lagos was scheduled to start Sunday worship last week, but the government suspended it. It was a similar situation in Ogun State, where the planned resumption of religious activities was halted.

The earlier guidelines given to churches was to operate at 30 percent of their capacity, provided it does not exceed 500 persons. This is a big blow to churches like Winners Chapel, Mountain of Fire Ministries, Deeper Life Church, Christ Embassy, Redeemed Christian Church of God, among others whose membership reaches hundreds of thousands in a single day in one location. Children under the age of 15 and those above 55 years are barred from attendance.

The paganistic, occultist, ritualistic and looting government officials have finally swallowed these churches in Lagos, Ogun and FCT with these stringent conditions. There is no justification for markets, parks, shopping malls to be opened without any adherence to social distancing while churches are hounded –if not for Illuminati influence.

In my piece titled ‘Forced Covid-19 Vaccination: Illuminati Hijacks Nigeria’s Parliament, Covid-19 Team,’ I stated that, “The forced vaccination bill which scaled speedily through second reading last week at the National Assembly is enough evidence that the Illuminati have hijacked the Nigeria parliament and the Covid-19 Disease Control Team

“Illuminati Here They Come! but I put my trust in the vision I saw from heaven where Nigeria returned to normal life. I did not see the much expected death in that vision.

In another piece title ‘Gov Abiodun Hits Bishop Oyedepo: Locks down  Sunday and Saturday over Covid-19’, I equally warned that, “Covid-19 has relegated the flamboyant church of Jesus Christ to spineless beggars who must operate at the behest of filthy government officials while conflicting incompetent directives from the WHO is ruining the world.

“This is my position and I have not seen any superior argument to change it. China, India and Japan are not relying on any WHO guidelines to rid their country of Covid-19, and these counties are of Buddhists, Hinduist, Shintoist and atheist religious leanings while the sons of Abraham; Christians, Muslims and Judaists are pandering to the whims and caprices of a discredited WHO.

“Things have fallen apart! The church is in terrible mess! In the coming weeks, these corrupt officials will be ordering them about the manner village headmasters’ orders pupils about. This evil seed of ceding influence to corrupt and confused government officials the church is about to reap. The early church defied Emperor Nero’s orders and continued worship, despite persecutions. The early church had earlier defied the Sanhedrin, the Chief Priests, the Pharisees and Sadducees and continued until they become strong. Therefore, these lame excuses that ‘we should obey government’ are products of monumental bootlicking and spiritual senselessness.

ALSO READ  Things Nigerians Travelling To Dubai Can Do For Free

“The government is confused; the church is begging confused people for solution. Tufiakwa! Why then are they trying to open up the economy if their initial measures were correct? Nonsense! The church should use the spiritual resources at their disposal, if they have not mortgaged it to marine sprits, to force these unbelievers, drunkards and looting addicts to open places of worship and let the dehumanized Nigerians ask their Maker for Solutions. They should act fast before Hollywood, Nollywood, Champions League, Music Shows, Movie Premieres and Owambe takes the position of God and the church”.

It is very unfortunate that clerics like Tunde Bakare, Sam Adeyemi, TB Joshua have declined to open their churches ahead of guidelines, until they purportedly hear from God.

The Gates of Hell have been dealing with churches in Nigeria. In 2014, Boko Haram invaded Chibok (a predominantly indigenous Christian territory in Borno State) and abducted 276 school girls, of which 240 of them are Christians, and raped most of them to death. I have elucidated it again in my latest piece ‘From Jihad of the Penis to Rape in the Church-Chibok, Dapchi, RCCG’

Leah Sharibu declined to convert to Islam, her school mates were released by the Nigerian Government from the hands of Jihadists, and she was abandoned to be raped till a baby boy reportedly came out of it.

In the space of two weeks, the following events happened in the churches.

1 A church worker and 22-year old student of University of Benin, Vera Uwaila Omozuwa, was raped and killed in RCCG Benin.

2 A church worker and 21 -year old student of National Diploma Student of Oke Ogun Polytechnic, was raped and murdered inside a church in Ojoo area of Ibadan.

4 The General Overseer of Paul’s Ministries Ugep, Prophet Paul Abam, was caught and paraded in Itigidi, Abi LGA, Cross River State for attempting to bury charms in a member’s house

The churches must be locked down until more atrocities are committed. If all these things are not ‘The Gates of Hell’, what then is it? Church leaders and prophets should shut up! There are releasing ‘Chicken and Fowl’ prophesies while their spiritual estates are being eroded. They should stop prophesying nonsense and listen carefully!

1 The Gates of Hell are already swallowing them through Illuminatic Government Officials.

Jesus Christ said in Matthew 16:18 “And I say also unto thee, that thou art Peter, and upon this rock I will build my church; and the gates of hell shall not prevail against it”. It is either these churches do not belong to Jesus, or they have lost touch with Jesus or they are asleep in Zion or something is wrong somewhere.

Let the church leaders rise up now, and take back their place in Nigeria or else something worse than lockdown, rape, murder and scandal will be unleashed on them. Let the Nigerian churches rise up now before the gates of hell swallows every legacy left of them-a word is enough for the wise.