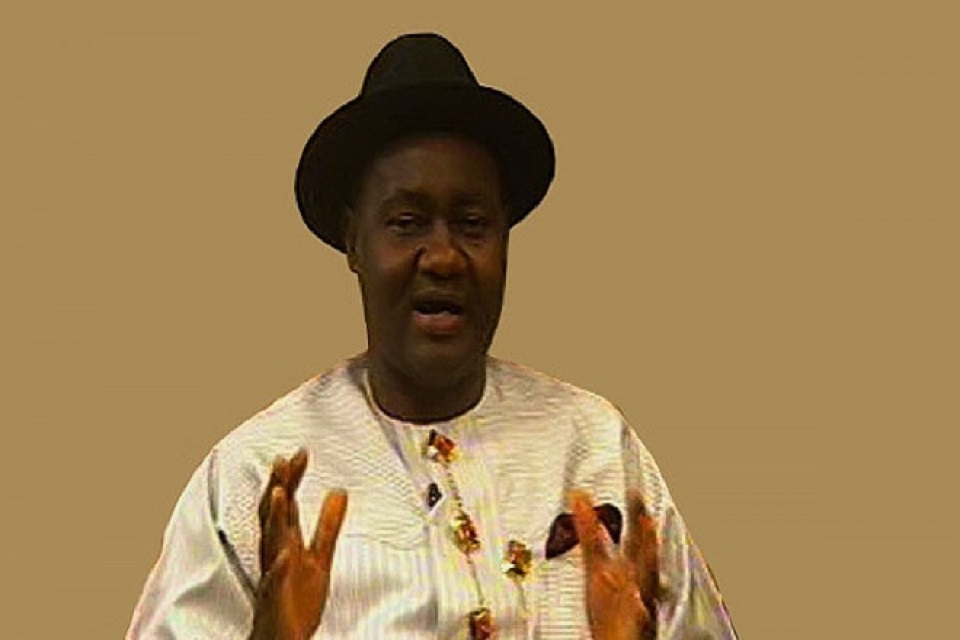 A chieftain of the All Progressives Congress (APC) in the South-South region, Eze Chukwuemeka Eze, has lamented the sorry state of affairs within the party in Rivers State, accusing Senator Magnus Abe of being the mastermind.

The party chief also lamented the situation where members of the party in the state had been deprived of the gains they were naturally entitled to, as a result of the sacrifices they made in various forms to make the party sure-footed in the run up to, during and after the 2015 general elections.

In a statement, he said the political fracas was fuelled and further refuelled by the former lawmaker in connivance with the leadership of the Peoples Democratic Party in the state and some external forces.

According to him, the political impasse turned out to be a fantastic political strategy to destabilize the APC as the party could not field any candidate for the 2019 elections, thereby denying Rivers people their democratic right of choosing who represents them in the parliament and in other positions in the government as allowed by the constitution and other regional and international human rights instruments.

He added that the imbroglio gave Governor Nyesom Wike and other candidates of the ruling PDP in the state an easy, uncontested and unrestrained access to victory at the polls, even when their performances in the first term fell below average in all ramifications.

Eze, a party stalwart in the state, said he was privileged to foresee the danger looming ahead of the 2019 elections and warned the party and her leadership to be weary of wolfs in sheep’s clothing, saying “Abe and few others had entered into a satanic alliance with Gov. Wike to cripple the party to, allow the PDP an easy win with some mouthwatering and handsome rewards. Alas! It is saddening that the party fell prey to the trap of this evil genius and satanic saboteur.”

“The efforts of the Rivers State Chapter of the All Progressives Congress (APC), towards the enthronement and sustainability of the APC led Federal Government cannot be overestimated. In pursuance of this struggle, hundreds of members lost their lives, while others lost limbs. A large number of followers and supporters lost properties worth millions in the process.

“This, ordinarily places members of the party in Rivers State in a pedestal to be handsomely recompensed, but  instead, the party  has become a shadow of what it ought to be, having been engrossed in an endless and mindless internal crisis ignited by a former Senator of the Federal Republic, Magnus Ngei Abe, who represented the South-East Senatorial District of Rivers State,” Eze lamented.

He said three groups of people are the major beneficiaries of the well thought-out and properly executed plot: “First, the PDP in Rivers State; with the crisis, the party contested and won the 2019 general elections unchallenged.

“Secondly, the internal forces within the APC; To this group, if they succeed in bringing Abe onboard the ship of Rivers governance, they would have rendered Rt. Hon. Amaechi irrelevant in the politics of Nigeria and the 2023 political game plan. To the glory of God they failed as Amaechi has proved that he is the light of this administration.

“Thirdly, Sen. Abe; Abe was conscripted by the forces to fight the party to a standstill with the promise and hope that he will emerge leader of the party over and above Rt. Hon. Amaechi”, he said.

Eze, a media stalwart said his efforts to expose Sen. Abe’s anti-party scheming and secret acts of sabotage attracted several threats to his dear life and that of members of his immediate family. He, however, posited that “God continued to cover us in His feathers and under His wings we found refuge.”

The party chief said “as much as I am not against Abe aligning himself with any group, as such falls within his constitutional province, I cannot sit back and watch him conscript the entire party structure into such an unwholesome plot in furtherance of his selfish political adventures.”

“With the public disclosure of aligning himself and his scanty group with the PDP government in Rivers State, one need not consult a soothsayer to further discern the rational behind Abe’s commitment towards the destruction and decimation of the Rivers APC after frustrating genuine efforts by the National Leadership of the party and some stakeholders in the State to resolve the protracted crisis” Eze disclosed.

He counselled the National Reconciliation Committee of the APC as well as the Committee to be constituted by the South-South caucus not to waste their time discussing any reconciliation issue with Sen. Abe, as he has completed his task of destroying the APC in Rivers State and is set to move on, particularly now that Governor Wike has accommodated his nominees amongst the 13 Commissioner designates submitted for screening to the Rivers State House of Assembly and currently awaiting appointment of portfolios.

The party chief commended Governor Nyesom Wike for openly appreciating the damages Abe has done to the soul of the Rivers APC to aid his re-election into the Brick House by appointing two key members of his small group; Dr. Peter Meedeh and Bariere Thomas as commissioner designates, awaiting portfolios.

He further averred that “now that Abe is beginning to reap his harvests bountifully from the PDP and Gov. Wike on whose soil he toiled and sowed, I demand public apology from the former Senator, for all the public denials he has made against my position on his political fraternity with the opposition party in the state and other anti-party antics before, during and after the 2019 elections.”

The party chieftain, passionately appealed to Gov. Wike to consider Sen. Abe as Commissioner for Information to replace Barr. Emma Okah, having defended his style of governance.

Eze, however, frowned at the governor for ignoring PDP faithful recommended by the State Party Chairman, Bro Felix Obuah for appointment as Commissioners. This, he described as unfair, knowing what Felix Obuah has suffered and contributed to the PDP government in the State.

Eze appealed to genuine APC members and leaders to go about their normal businesses as all the odds and obstacles against the party and her leaders will soon fizzle out now that the chickens are coming home to roost.