You Are Here: Home → 2019 → December → 9 → Attack on Amaechi Unfortunate, Height of Ungratefulness—Eze 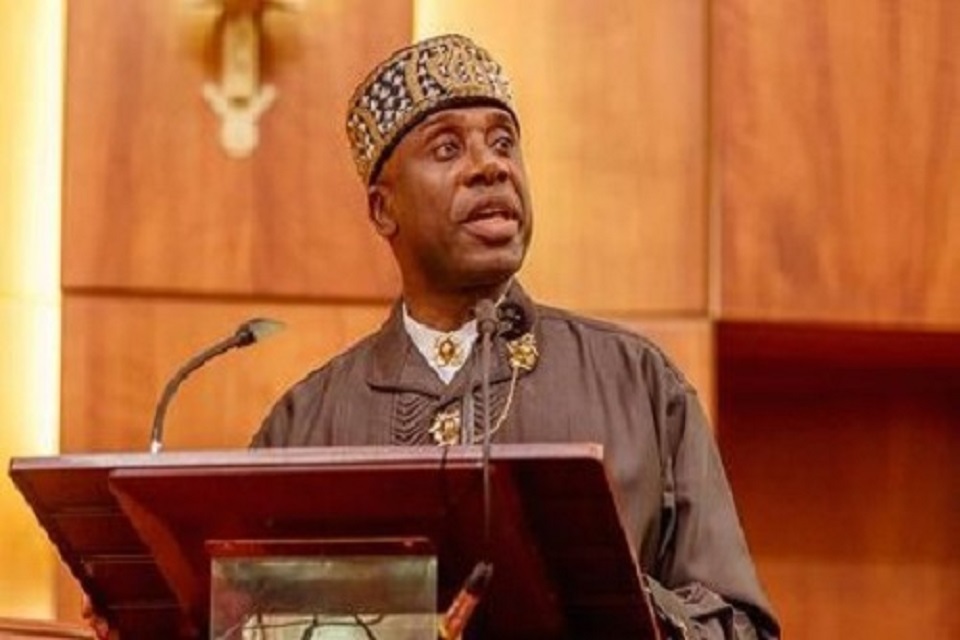 A chieftain of the All Progressives Congress (APC) in the South-South region of the country, Chief Eze Chukwuemeka Eze, has described a reported physical attack on the Minister of Transportation, Rotimi Amaechi, as an act of ingratitude by enemies of Nigeria against one of the shining lights of President Muhammadu Buhari’s administration.

Eze quoted the Minister as saying, “Some minutes ago, I was attacked by a few misguided Nigerians while on national assignment at a climate change event in Madrid, Spain. They were quickly repelled by the Spanish police before they could do any harm. I am fine. I was not hurt. Thanks for your support & prayers”

Reacting to the attack on Amaechi, Eze, who is also an associate of the Minister, noted that Amaechi, whose record-breaking activities in the Ministry of Transportation had become a positive reference point for those assessing the Buhari administration, both internationally and locally, said attacking the Minister was a violent violation of everything good about Nigeria’s march to development.

According to him, patriotic Nigerians, who are in touch with the progressive strides of this administration, especially the bold moves currently being made by Amaechi will never applaud the attack on the Minister, commending Abike Dabiri-Erewa, the Chairman /CEO Nigerians In Diaspora Commission for her prompt reaction and condemnation of such an unholy act against the former Governor of Rivers State.

He called on all Nigerians of goodwill and those desirous of an advanced Nigeria, to rise up to condemn the barbarity and demand that the perpetrators of the shameful act be brought to justice to avoid pointing wrong signals to those countries desirous to invest in our country.

In a statement, Eze further said, “I read about the sad report of the attack by some misguided Nigerians on one of the Nigerians’ finest leaders, Rt. Hon. Dr. Chibuike Rotimi Amaechi the incumbent Minister of the Ministry of Transportation who was on official duties in far away Spain.”

Eze, a former National Publicity Secretary of the defunct new Peoples Democratic Party (nPDP), said that this attack, though very sad and unfortunate, may have occurred due to lack of proper information and understanding of what Amaechi has achieved for Nigeria by the perpetrators of the unholy and unfortunate incident who are out of touch with the giant strides recorded by the Transportation Minister in the areas of infrastructure, job creation, strengthening bilateral ties etc.

Describing the attackers as a group of unconscious and conscienceless mortals, who are bent to besmirching the image of President Mohammadu Buhari led Federal Government, Eze called on relevant security agencies in Spain to swiftly swing into action and bring the perpetrators of the unwholesome incident to book to forestall further breakdown of law in that country.

“The fact remains that this is a man who has done all within his powers to prove that if we are committed we can have the Nigeria of our dream. His love for a better Nigeria no doubt is infectious and instead of been attacked, Nigerians should encourage and motivate such leaders that have devoted themselves to build a better country for us all,” he said.

“I wish to encourage Amaechi not for any reason be dismayed or dispirited as these are part of sacrifices great leaders have to go through until those in doubt come to the realisation of the vision and mission of such leaders,” he added.

He tasked Nigerians and Nigerians in the diaspora to remain steadfast in prayers for the Transportation Minister, restating that Amaechi will continue to strive to assist in building the type of Nigeria where some of these people abroad will prefer to come back home instead of staying in countries developed by others.