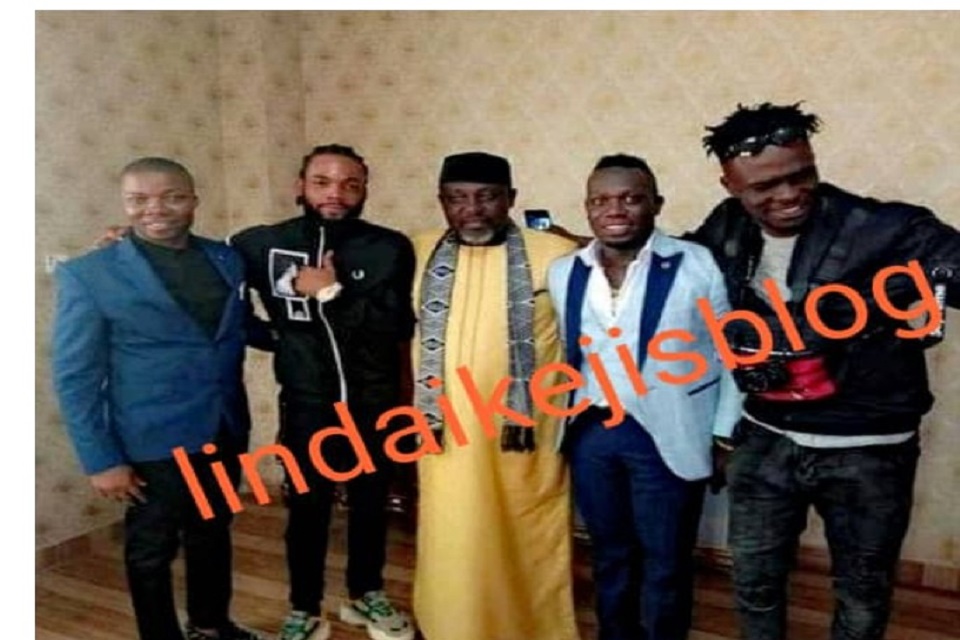 Port Harcourt-based Nigerian music act, Duncan Mighty, has been accused of defrauding an up and coming artiste, Amaechi Perfect Gideon otherwise known as M2, who he allegedly signed for a fee, but failed to honour his (Duncan Mighty) part of the deal.

Recall that two days ago, the self-acclaimed Port Harcourt First Son claimed in an open letter to former Imo State governor, Owelle Rochas Okorocha, that his life was being threatened because of money paid to him by the politician to record a song with one of his boys.

In his reaction to the SOS, M2 alleged that Duncan Mighty took him to his Port Harcourt studio and pointed a gun at him. According to him, he got police involved in the case, who arrested the artiste.

Speaking with LIB on the matter, M2 said, “I was the guy that went viral a while back as Phyno’s look alike, I’m an indigene of Imo State and shortly after that I became quite popular in my state and got the attention of the Governor Rochas Okorocha.

“The governor promised to help me and even went as far as sponsoring my education and he tried helping me get a record deal. He spoke to Phyno, but he said he wasn’t signing any artist at that time, we reached out to Eric Many as well, but we couldn’t reach a deal and finally we reached out to Duncan Mighty and he agreed to the deal.

“Duncan Mighty agreed to take N11 million from the governor as the fee needed for him to push my brand, record songs and all. So we signed the deal in Imo State on December 18th 2018.

“Since then, Duncan Mighty disappeared and refused to take my calls, or speak with anyone of the governor’s aides. We kept trying to reach him but all to no avail. So about 3 months back, he sneaked into Imo State for a show, he didn’t post about it on social media but we got wind of it so we went to his hotel and got him arrested with the police. He knelt down and started begging us and he was allowed to go.

ALSO READ  Nigerian On The Run Over Hom0sexual Allegation

“After that, he told me to follow him to Port Harcourt and when we got to his studio, he flipped again and even pointed a gun at me at his studio that’s behind UNIPORT. I narrowly escaped that night. He was later arrested and detained for 3-days at the Imo State CID before he was bailed on self recognition.

“Since then, he disappeared again and refused to take our calls till he came on social media to seek sympathy.”