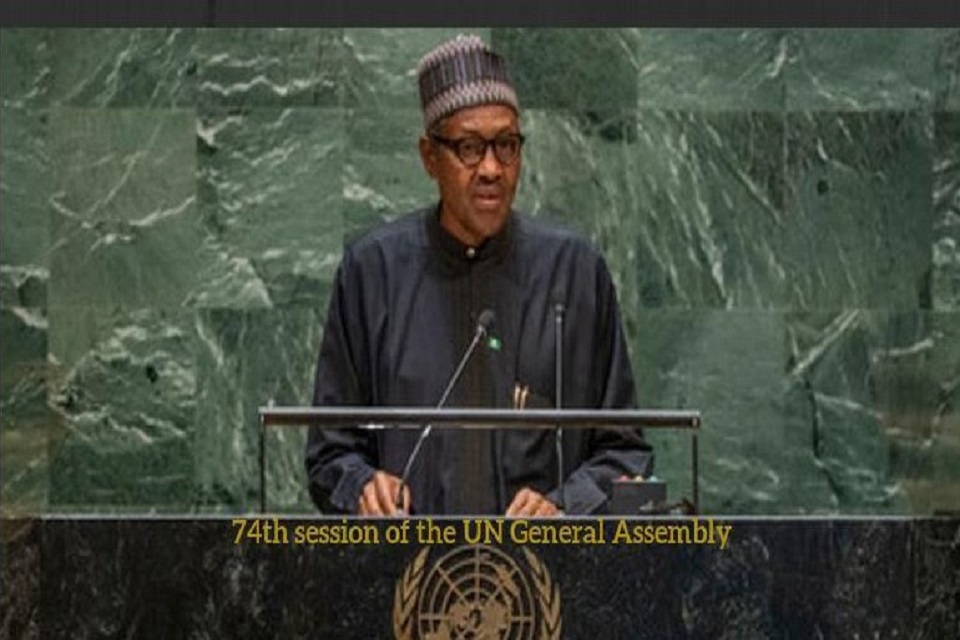 Palestine remains a priority Africa, as more than a dozen leaders from across the continent stressed the need for Israel to end its occupation of Palestine and reiterated the inalienable, legitimate right of the Palestinian people to self-determination and freedom during their addresses at the 74th session of the United Nations General Assembly last week.

Senegal, Namibia, Nigeria, South Africa, Lesotho, Mozambique, Mauritius, Burkina Faso, Mali, Mauritania, Angola, Chad, Djibouti, Gambia, Sao Tome and Principe all mentioned the need for the creation of a Palestinian state to ensure a just, long-lasting peace for Palestinians and Israelis. Leaders also stressed the need for Israel to halt the construction of illegal settlements in the Occupied Palestinian Territories (OPT) and for the international community to step up efforts to hold Israel accountable for its violations of international law.

Senegalese president, Macky Sall, underlined the “right of the Palestinian people to a Palestinian state with East Jerusalem as its capital.”

“The international community has spoken of Resolution 242 [which calls on Israel to withdraw from the occupied West Bank, Gaza Strip and East Jerusalem] since 1967,” noted Nigerian leader, Muhammadu Buhari.

Representing Cyril Ramaphosa, South Africa’s Minister of International Relations, Naledi Pandor said: “We feel ashamed that for over 70 years the people of Palestine have lived under occupation…”

“What is mentioned in the speeches of the African leaders reflects the consistent position of African countries in upholding the right of the Palestinian people to freedom and independence. Palestine trusts Africa and its leaders and the support of its people. We consider Africa as a fundamental supporter of peace especially in the Middle East,” said Palestinian ambassador to South Africa, Hashem Dajani.

“Africa’s solidarity is a major pillar in the Palestinian struggle,” said Mousa Abu Marzouq, a member of the politburo of the Hamas movement.

Despite Israel’s intensive diplomatic and economic courting of African states in the last few years, African leaders have remained consistently supportive of Palestinian rights at international fora such as the United Nations and African Union, and have denounced Israel’s construction of illegal settlements, its siege of the Gaza Strip and the unilateral annexation of Jerusalem.