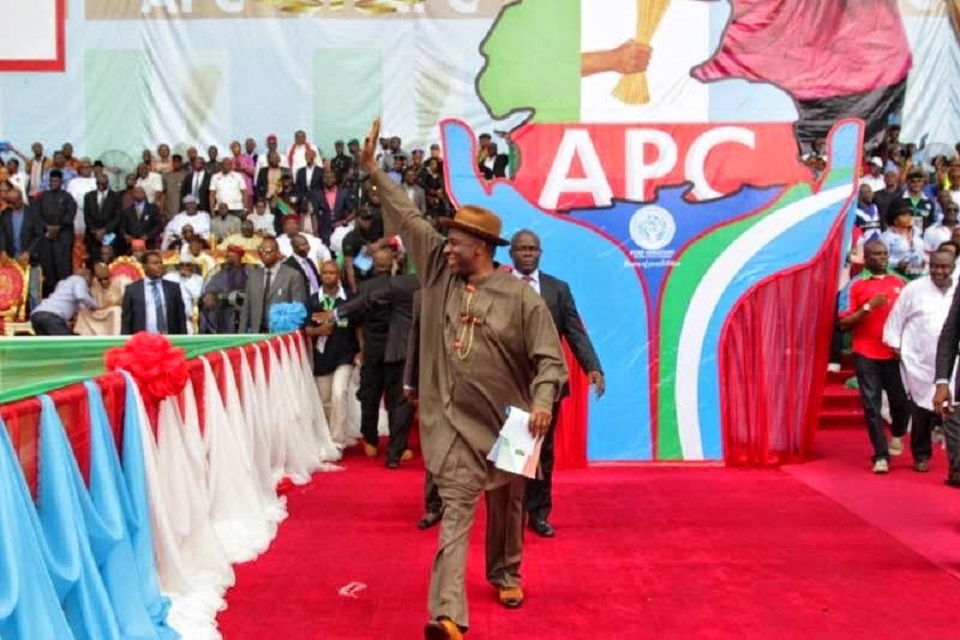 The National Working Committee (NWC) has been commended for setting plans in motion for the conduct of fresh congresses in Rivers State, especially the constitution of the Barr Isaac Abbot Ogbobula-led 5-man Caretaker Committee.

A chieftain of the party in the South-South region, Chief Eze Chukwuemeka Eze, who gave the commendation in a statement issued and circulated in Port Harcourt on Tuesday, made reference to a memo of the APC NWC, signed by the party’s National Publicity Secretary, Mallam Lanre Issa-Onilu, which announced the constitution of the caretaker committee, as well as the timetable for the congresses to be held across the state.

It would be recalled that Eze, just a few days before the NWC announced its decision, in a widely circulated and published press statement pleaded with the National leadership of the party to prepare the stage for the conduct of congresses in the state, in order to set up the party’s structure for the task of, not only reclaiming the state, but positioning the party to play the active and positive role expected of her in the politics of Nigeria.

Eze a former National Publicity Secretary (NPS) of the defunct New Peoples Democratic Party (nPDP) and a foundation member of APC whose position have been that we have no faction in APC but a party under the single leadership of Rt. Hon. Chibuike Rotimi Amaechi expresses happiness that NWC answered his plea by setting up the CTC and stage for the conduct of congresses and the position of the National Chairman of APC, Comrade Adams Oshiomhole that tallies with his position that the Supreme Court have resolved the conflict or issues facing the State Chapter thereby making those attempting to derail the forthcoming Congresses with the excuse that they must be contacted first before the Congress will be held to come to terms with the reality on ground and prepare themselves for the conduct of the congresses if they are still members of the party.

He further highlighted that the National Chairman of APC reechoed this no issue stand on the Rivers APC assuming imbroglio while inaugurating the CTC for the State Chapter, “As we are all aware, for almost a year, the Supreme Court resolved the issue of the leadership of the APC in Rivers state and nullified the ward, local government and state congresses and this has left us with a complete void in the state in the sense that we do not have formal party structures, even though we know that we have overwhelming APC support base in Rivers state. But that is not a substitute to having a formal structure. So, as a consequent to the Supreme Court ruling, the National Working Committee decided that this is indeed the time to restart the process of rebuilding the party in River state. But we cannot rebuild the party from outside. We need a state based organ to assist those coming to carry out the congresses. Accordingly, the NWC decided to approve a caretaker committee that will be on ground to assist those who are coming to ensure that we have a hitch free conduct of all the congresses”.

The party chieftain, who described the step as monumental, incredible, historic and the antidote to the APC imbroglio in Rivers State, also noted that the step taken by the party’s highest decision making body would not only lay to rest the hitherto orchestrated division with the ranks of the party by internal and external adversaries, but also see the party become a more formidable and purposeful vehicle for the rescue of the state.

According to Eze, “with the appointment of a seasoned legal practitioner like Barr Isaac Abbot Ogbobula, who was the immediate past chairman of NBA, Ahoada branch in Rivers State, with over 20 years experience as a practicing lawyer, to Chair the CTC simply demonstrates that the battle is set to reposition the party for a greater role in the politics of Nigeria and most importantly to forestall any member or outsider that will want to play any spoiler politics or become an obstacle for this great move.

“The NWC of the party had, in a press statement issued by Mallam Lanre Issa-Onilu, the National Publicity Secretary of APC, last Friday, appointed a five man Committee comprising of Barr. Isaac Abott Ogbobula as Chairman with Mr. Friday Kinika Owhor, Mrs. Beatrice Amobi, Prince Abolo Stephen and Mr. Baridon Badom (Secretary) as members to oversee the party’s affairs in the state pending the formal election of relevant officers for the party during the forthcoming congresses