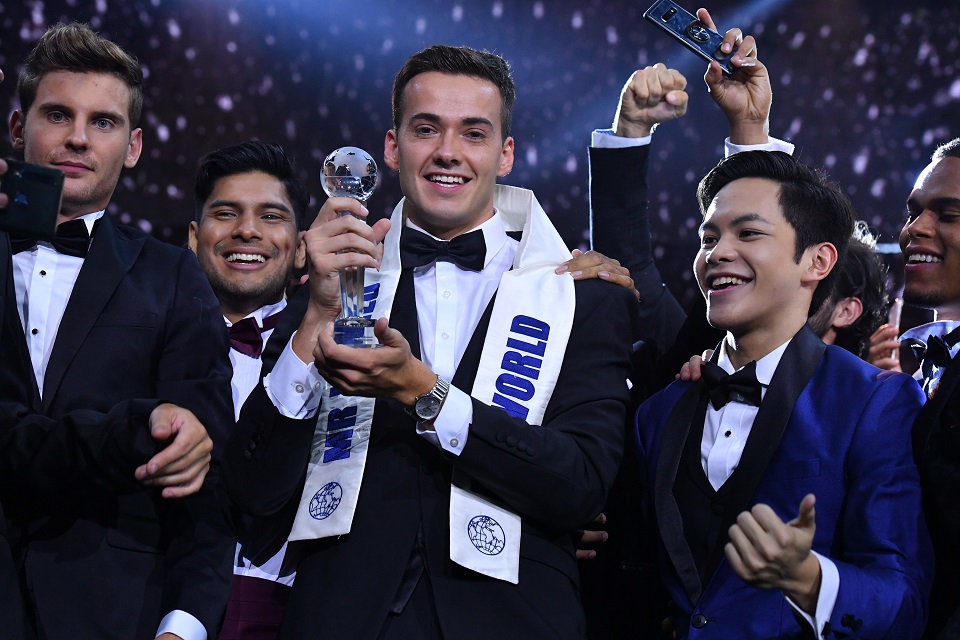 Mr World England, Jack Heslewood, from Bishop Stortford, has won the coveted title of Mr World 2019 to become the ‘World’s most desirable man’.

He emerged winner of the beauty contest after making it to the final three alongside Mr World South Africa and Mr World Mexico.

The final is the climax of a three-week festival that has taken the 72 contestants on a journey across the Philippines and pitted them against each other in a number of fast track challenges.

With the remaining seven places decided by the judges, to complete the final Top 12.

From here the judges selected the contestants who would go through to the final five were Mr World Brazil,

Reigning Mr World, Rohit Khandelwal was on stage to pass over his reign as the ‘World’s most desirable man’ to his successor

Performances this year were by Kris Lawrence who sang a Bruno Mars mashup of ‘Versace On The Floor’ and ‘That’s What I Like’, Kimi Mugford performed Adele’s ‘One and Only’ and Alyssa Muhlach singing ‘Never Enough’ from The Greatest Showman