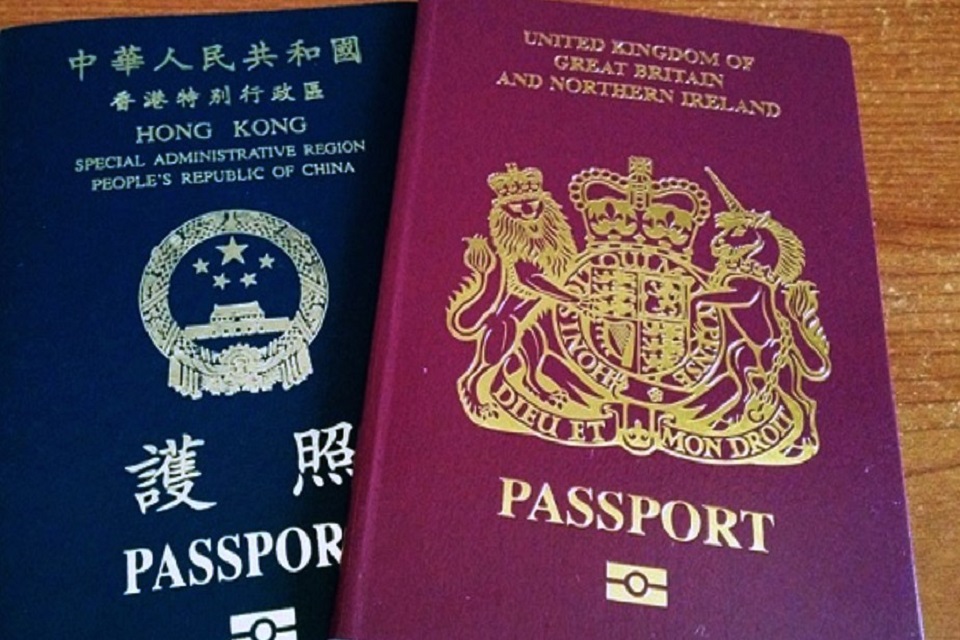 Moving into the third quarter of 2019, Japan and Singapore hold onto top spot on the Henley Passport Index, with a visa-free/visa-on-arrival score of 189.

This latest ranking of passport power and global mobility – which is based on exclusive data from the International Air Transport Association (IATA) – marks the culmination of an 18-month long winning streak for both countries, after they unseated Germany from its long-held 1st position at the beginning of 2018.

Falling from the 1st place spot it shared last quarter, South Korea now sits in 2nd place along with Finland and Germany, with citizens able to access 187 destinations without a prior visa. Finland’s ascent is due to recent changes to Pakistan’s formerly highly restrictive visa policy.

In the hope of attracting tourists and boosting its struggling economy, Pakistan now offers an ETA (Electronic Travel Authority) to 50 countries, notably excluding the UK or the US. With a visa-free/visa-on-arrival score of 183, the UK and the US now share 6th place – the lowest position either country has held since 2010, and a significant drop from their 1st place spot in 2014.

Denmark, Italy, and Luxembourg sit jointly in 3rd place on the index, each with a visa-free/visa-on-arrival score of 186, while France, Spain, and Sweden are in joint 4th place, each with a score of 185. In significant shifts elsewhere in the rankings, the United Arab Emirates has entered the index’s top 20 for the first time in the index’s 14-year history, with a visa-free/visa-on-arrival score of 165. Over the past five years, the UAE has more than doubled the number of destinations its citizens are able to travel to without a prior visa. Afghanistan remains at the bottom of the global mobility spectrum, with its citizens able to access only 25 destinations worldwide.

Brexit, the EU, and the Link between Visa-Openness and Progressive Reform

Throughout most of the index’s history, the UK has held one of the top five places in the ranking. However, with its exit from the EU now imminent, the UK’s once-strong position looks increasingly uncertain. The Brexit process has not yet had a direct impact on the UK’s ranking, but new research using exclusive historical data from the Henley Passport Index indicates that this could change, with consequences that extend beyond a decline in passport power.

Political science researchers Uğur Altundal and Ömer Zarpli, of Syracuse University and the University of Pittsburgh respectively, have found that that there is a link between visa-openness and progressive reform, and that a county’s ranking on the index reveals far more than simply the number of destinations its holders are able to access. Altundal and Zarpli’s unique research shows that even short-term travel mobility, which represents 85% of all cross-border movements, can positively influence political liberalization and democratization. Conversely, countries moving towards nationalist isolationism and away from policies that encourage visa-openness are likely to drop in the Henley Passport Index rankings and incur geopolitical consequences for  themselves and their neighbors.

Altundal and Zarpli observe that “the prospect of visa-waiver agreements with the EU has encouraged neighboring countries to adopt important reforms in areas such as civil and political rights, rule of law, and security,” and note that freedom of movement appears to be a vital pre-condition not only for economic growth, but also for social integration and progressive political change. With nationalism on the rise, and global powerhouses like the UK and the US embracing policies that limit freedom of movement, this new research indicates that associated impacts on political rights, rule of law, security and democracy could be profound.

Commenting on these developments, Dr. Christian H. Kaelin, Chairman of Henley & Partners and the creator of the passport index concept, says: “With a few notable exceptions, the latest rankings show that countries around the world increasingly view visa-openness as crucial to economic and social progress. Discussions of passport power and global mobility tend to focus on the benefits for the countries with the strongest passports. However, this latest unique research appears to confirm something that many of us already knew intuitively: that increased visa-openness benefits the entire global community, and not just the strongest countries.”

Integration and Economic Progress: Africa, the Middle East, and Brazil

The connection between visa-openness, economic control, and social progress is exemplified by changing attitudes in African countries regarding strengthened diplomatic relationships on the continent and beyond. Discussing the shift towards visa liberalization within the African continent, Ryan Cummings, Director of Signal Risk, says: “The nexus between border openness and economic performance on the African continent has been exemplified by Rwanda. Last year, it was one of the countries to receive the highest degree of foreign direct investment. The country’s Trade and Industry Minister links this to their robust visa openness policy, noting that Rwanda – which initiated a visa-on-arrival policy for citizens of all African countries in the beginning of 2018 – views freedom of movement as a vital component for economic integration.”

Commenting on this approach in light of the growing connections between African countries and Middle Eastern states, particularly in the Gulf, Froilan Malit, an Associate at the Gulf Labour Markets, Migration, and Population (GLMM) program and a Fellow at Centre International de Formation des Autorités et Leaders (CIFAL), says: “By establishing deeper relationships with these states, African countries are not only able to secure trade and investment benefits and employment opportunities for their nationals locally and in the Gulf countries, but also to develop stronger diplomatic relations. These particular strategies can have transformative effects on Africa’s economic growth and development and may play an essential role to rapidly modernize their economy, trade, and investments in the long term.”

Experts predict that recent changes to Brazil’s visa policy are likely to have similar effects – the country has implemented a visa waiver for citizens of Australia, Canada, Japan, and the US. Dr. Parag Khanna, Founder and Managing Partner of FutureMap and author of The Future Is Asian: Global Order in the Twenty-first Century, says, “Brazil’s new government has come in at a time of economic crisis and seeks to accelerate an economic rebound. It needs to send a signal that it is open for business and cleaning up. Despite years of opposition to visa waivers for countries such as the US on a non-reciprocal basis, it seems Brazil has now caved in. To attract the capital and investor interest the country needs as part of its turnaround, it has taken this step to open up to important capital exporters such as Canada, Japan, and the US.”

Countries with citizenship-by-investment (CBI) programs continue to perform strongly on the Henley Passport Index, and demonstrate a similar connection between passport power and economic and social progress.  Moving up from the 8th place spot it held last quarter, Malta now sits alone in 7th place with a visa-free/visa-on-arrival score of 182, just one spot behind the UK and the US. Cyprus retains its 16th place on the index, with a score of 172, while the Caribbean nation of Antigua and Barbuda is now in 29th place, rising 11 places over the past decade.

Dr. Juerg Steffen, the CEO of Henley & Partners, says: “Citizenship- and residence-by-investment programs are becoming more sought after, and these latest results make it easy to see why. Look at Malta’s position on the index, for example. For wealthy investors, the acquisition of a passport that gives its holders visa-free access to 182 destinations around the world is genuinely life-changing. And we know now that the benefits of these programs go both ways. Since the introduction of its citizenship-by-investment program, Malta has attracted significant foreign direct investment, dramatically reduced its overall debt levels, become one of the most financially dynamic countries in the EU, and created employment opportunities that have improved the lives of all its citizens.”