You Are Here: Home → 2019 → June → 3 → What Dankwambo Left Behind As Governor In Gombe State, By Nkechi Nnmadi

What Dankwambo Left Behind As Governor In Gombe State, By Nkechi Nnmadi 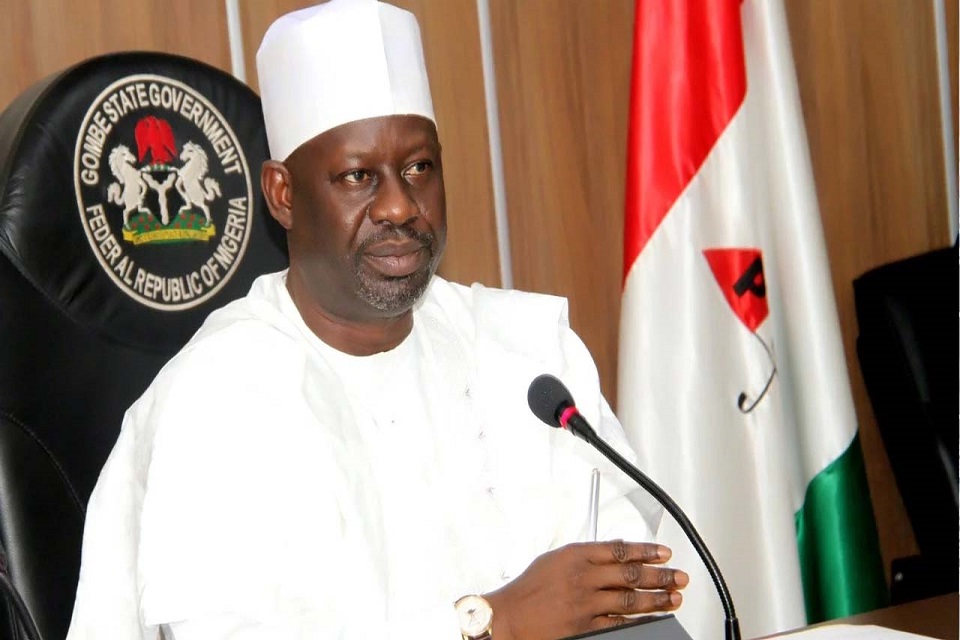 Writing from the perspective of ‘Corper Wee’, a first-time traveller and youth Corper to serve her fatherland, carefully perusing the list of applicants for the skills acquisition program, I let my thoughts drift to that exact day I received what I had perceived to be a piece of terrifying news.

The NYSC postings had just been released and like the rest aspiring Corpers; I was excited about the new journey, but unlike most of them, I was pretty sure I had a clue where I would be posted to, which explains the raised shoulders I walked with, as I sauntered into the cybercafé that fateful Tuesday. Dad had pulled some strings and assured me I had nothing to worry about. I believed him. My disappointment was incomprehensible when Gombe state popped on the computer screen for my placement, as opposed to the Abuja state, I was promised. I muttered curse words as I made a quick exit and went straight to my father, who tried to remedy the situation but to no avail. To cut the long story short, within few weeks, I found myself in Gombe State and I was convinced my one year stay would be the most traumatic experience for me.

It’s been two years now and I have refused to exit the beautiful City of Gombe, despite the pressure from the East to return and resume a job at my disposal. Why? I’ll tell you. As a young adult who had never been really in a position of responsibility, I had paid little or no attention to politics, the rulers and the Nigerian Government as a whole. Call me privileged if you like, but I was clearly too comfortable, living off my parents’ pockets to break a sweat about the state of the country. It took the move to Gombe state to effect a change in attitude, especially because I was finally on my own and had to be faced with the responsibilities of being an adult.

I completed the compulsory three weeks camping exercise and resumed at my place of primary assignment as a Skills Acquisition trainee where I couldn’t help but admire the initiative by the Government under Governor Dankwambo to fortify hundreds of youths with the necessaries to learn and for some, hone their skills and thus, armed to embrace the entrepreneurial world.

ALSO READ  5 Reasons To Move From Lekki To Ajah

I also marvelled at the timely and prompt payment of the staff salaries as opposed to the numerous complaints from civil servants in other states in Nigeria.

My interest in the prodigious attainments of Governor Dankwambo was again piqued at our usual hangouts, where a couple of corpers met to connect and stay in touch. This particular corps member charted the lot about his younger brother who was being sponsored to the United Kingdom for Maritime studies by the Gombe State Government. I was thrilled as I drew closer to listen to a few others to authenticate his story while adding that over 25 young people were beneficiaries of this initiative by Governor Dankwambo.

As expected, his good deeds and achievements became the topic of general discussion and for the first time in a long while, I heard little to no condemnation of a Governor of a state in Nigeria. From the renovation and construction of over 502 classrooms to the recruitment of over a thousand graduates under Sure-P, and of course the empowerment of 1500 of the poorest of the poor through the Conditional Cash Transfer (CCT) and the Construction of Earth Dam at Bob, Shongam Local Government Area. I listened in awe and veneration and of course chipped in a few from my personal experiences.

I’m still here, will be here for a long while too. Who wouldn’t? A state, where it is the Jewel of the Savannah of the nation, diversity in culture and ethnicity is respected and upheld to foster unity and peace, and most importantly, a place where the system works.

My stay has led me to conclude that the entirety of Governor Dankwambo’s political administration is grounded on his political philosophy of protecting people, providing healthcare and education, providing economic opportunities, propagating unity and harmonizing Gombe under one leadership, and generally influencing decision-making for the good of his people.

ALSO READ  These Tricks Will Get You Free Flight Upgrade

In light of Nigeria’s teetering on the edge of economic catastrophe and the constant political upheavals, the good governance of Dankwambo shines through like a beacon of light in the dark. Fuelled by his impeccable credentials and nonpareil pedigree of outstanding antecedents, Dankwambo utilizes his wealth of experience, exposure and exemplary attainments to bring about a paradigm shift from the status quo in Gombe state.

Today, I sit in the position of a skill acquisition trainer in Gombe State and I’m proud to say going back home is still not an option (for now at least). It is indeed sad to witness the end of Governor Dankwambo’s administration. He would be greatly missed and I hope the new government, with Dankwambo’s guidance, will be able to continue his good works. In the meantime, I will extend my stay to give back to the community and most importantly the leadership that empowered me. Meanwhile, the new administration should emulate the outgoing government and let the incoming Corpers, and expatriates to have a good feel of the jewel grassy plain of tropical and sub-tropical regions, with few trees that make the state a beautiful Savannah.

Nnmadi, a youth Corper, is serving in the capital city of Gombe