Murder of Prophet Nwoko by Biafran Activists: A Curse on the Struggle 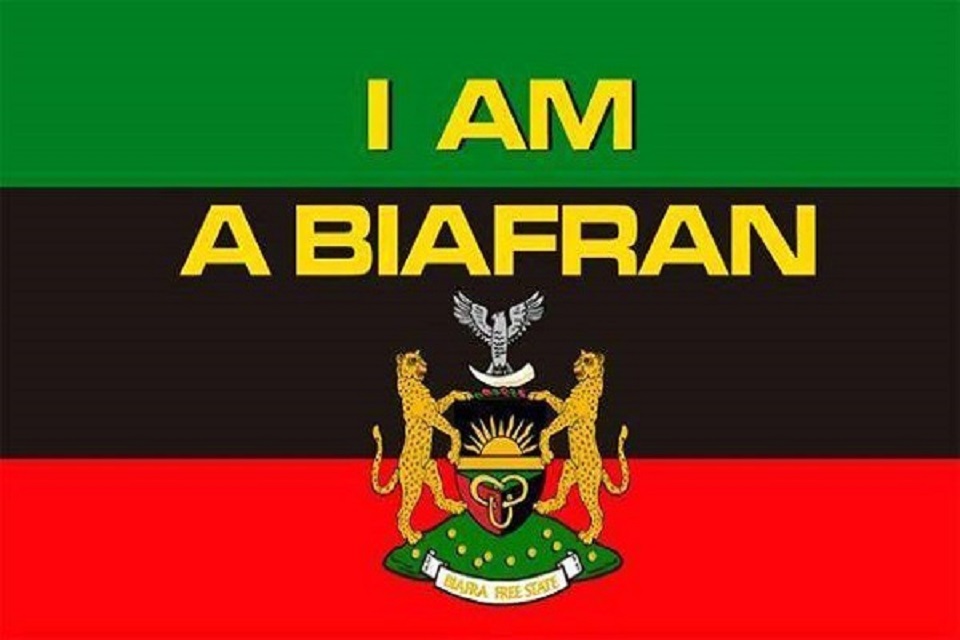 Biafran activists acting ostensibly under the orders of Mazi Nnamdi Kanu, have allegedly murdered on the 16th of April, Prophet Anthony Nwoko, a friend and colleague in this struggle to free Ndigbo from internal and external contradictions.

Prophet Anthony Nwoko was a friend and colleague in the quest for Igbo emancipation. He was introduced to me in 2011 by Apostle Dr PCJ MacJossy when Igbo clerics were negotiating with the then Acting President Goodluck Jonathan’s kinsmen on what to do for Ndigbo in return for massive support during 2011 re-election.

Prophet Nwoko followed us in the General Assembly of all Igbo Christian Organizations and Ministers (GAAICOM) when the group wrestled out Ohanaeze Leadership from the hands of state governors and ensured that Ambassador Uwechue was given a second term as President General of Ohanaeze Ndigbo (not known to then Ohanaeze constitution) to help Uwechue finish the negotiations with Jonathan started by GAAICOM. This was August 2011.

Prophet Nwoko was part of GAAICOM under the leadership of Apostle Dr PCJ Macjossy. I was the Director of Media and Communications of the prestigious clergy group and under the leadership of Apostle Dr Macjosssy, GAAICOM was able to reconcile many political and ecclesiastical feuds in Igbo lands including in Ohanaeze, CAN, PFN and elements within PDP. Prophet Nwoko was with us during the 2-Day Pre Convention Prayer Conference held at the Ohanaeze National Secretariat in July 2012 in Preparation for the ‘3 Day Walk into the Presence of God’ , a prophecy which God gave Apostle Macjossy as a must, if Igbos will find their feet politically in Nigeria.

I noticed Prophet Nwoko, very joyful whenever you mention Igbo affair, Biafra affair et all. He exudes the confidence that God will deliver Ndigbo soon.

I was surprised during the initial introduction that Prophet Nwoko said that he knew me some years back as an Igbo cleric and activist in Ohanaeze Ndigbo and other places. The prophet Nwoko I knew lived a quiet life. He was not married. His passion for Ndigbo and Biafra made him to leave the United States of America for Nigeria to join the activist movement. (This is not strange because I remember receiving delegates from the US in 2012 who inquired from me whether it is ripe for them to relocate to Nigeria for the Biafran cause)

Prophet Nwoko lives like a monk at his Ugbene Road residence. He could be likened to a Catholic priest or monk who lived a celibate life of prayer in remote mountains to pray for world peace.

Prophet Nwoko that I knew prays for Ndigbo hours every day and sometimes he shares with me and some clerics what God told him concerning Igbos.  However, due to busy schedules, I haven’t met Nwoko for a while but I knew that he was very busy with Nnamdi Kanu and his lieutenants and I erroneously believed that they are working as one.

Apostle Dr Macjossy, Rev Msgr Oko and I among other clerics, mobilized pressures on certain elements in Nigeria during the incarceration of Nnamdi Kanu.  While Nwoko was among the group that believed that the Biafran protests would lead to quick release of Nnamdi Kanu, we believed that contacts and goodwill amassed over time around Nigeria will be very helpful, hence we warned authorities against any attempt to poison Kanu in prison

As the Director of Media of GAAICOM, I was mandated to seek audience with relevant authorities concerning Mazi Nnamdi Kanu. Also as Director General of Igbo Mandate Congress, our people talked with many Igbo elites to step down from their high horse and help secure the release of Kanu. These are known in public spheres worldwide. However, we disagreed with IPOB on principles because Igbo Mandate Congress is a pro-igbo group which believes that Igbos can achieve greatness in Nigeria and Africa if we put our hands and acts together according to divine mandate and scriptures.  Prophet Nwoko differed with us on these, he believes that only Biafran actualization can save Ndigbo, and we respected his opinion.

When IPOB and Ohanaeze Youth quarreled over sharing formula of money collected by high profile politicians in 2016, IPOB asked their members to kill Okey Isiguzoro and they pasted his photos and phone numbers. Isiguzoro who knows too well about IPOB financial secrets was ready to explode if they try anything.  It was a very disappointed Prophet Nwoko that I met at Ohanaeze secretariat lamenting how money politics wants to disorganize Biafra again.

Prophet Nwoko is not a money bag, despite that, he hates corruption. I remember in 2015 after Jonathan allegedly released cumulative N6.2      billion naira to Ohanaeze leadership to share to get endorsement, the sharing which caused fighting at Ohanaeze Secretariate in January 2015,  I met a devastated Nwoko on my way to Abuja who cried and wondered when Ohanaeze will be delivered from money politics.

Therefore, Prophet Nwoko by nature loves Ndigbo, loves Biafra, hates corruption, and hates ostentatious life. He left the US to come and fight for Biafra and was murdered by six machete wielding Biafra activists at his residence in Abakpa Nike, Enugu, according to reports by Biafran Youth League.

Propphet Nwoko that I know loves Nnamdi Kanu , he loves Asari Dokubo, loves Tompolo, Ateke Tom and other Biafran activists outside Igboland. Prophet Nwoko loves Uchenna Madu, Ben Onwuka among others and had told me that on more than one occasion.’

When I wrote an article in 2015 titled ‘Why Tompolo Must not be Arrested’,  and  the follow up ‘War in the Creeks as Buhari Tompolo Alliance Crumbles’ A visibly excited Prophet Nwoko volunteered to photocopy the write up and give to his activist friends.

Therefore for some IPOB hounds to murder a Biafran prophet, priest, saint, because he accused Mazi Kanu of corruption is tantamount to introducing bloodshed into the Biafran struggle. This bloodshed has rendered this struggle dead on arrival.

Mazi Nnamdi Kanu has made the same mistakes Ojukwu made when he turned against Nzeogwu, Ifeajuna, Banjo and got them murdered directly or indirectly, thereby introducing bloodshed into the Biafran struggle. Thirty months later it was a shameful surrender to a victorious Federal Force and Ndigbo is yet to recover from it till date.

It is too early for IPOB to begin to kill dissenting opinion. The killing of a high profile prophet like Nwoko’s caliber has brought a big curse on the whole process. A friend militant from the Niger Delta have asked me questions on why IPOB should kill Prophet Nwoko. One militant ex general asked me “is that how Nnamdi Kanu will kill all of us if that Biafra comes”. Elements within MASSOB and other activist groups are thinking in the same manner.

Igbos has lost lots of  front liners in the past few years. Alex Ekwueme died in 2017, Col Joe Achuzia died in 2018, Dr Dozie Ikedife died too, Apostle Dr PCJ  Macjossy died and now Prophet Nwoko was murdered. All who protect Igbo interests are dying one after the other. Something is wrong!

Let the IPOB hounds that killed Prophet Nwoko and their principal make open confessions now because Chukwu Okike Abiama (God of Abraham) never authorized any IPOB or Biafran activist to kill anybody on his behalf.

Failure to do so, that same Chukwu Okike Abiama, whom Biafrans lay claim to, will be the one to frustrate the entire project again by Himself until bloodshed is excised from our system

Benue, Plateau, Wukari, Kafanchan are among our brothers who killed innocent Biafrans during the civil war. Today bloody herdsmen are rampaging on their collective destiny piecemeal and there’s no help in site.

Rev Obinna Akukwe, a Church Leader and Rights Activist is the Director General Igbo Mandate Congress,IMC and can be reached via igbomandate@yahoo.com and facebook.com/igbomandate congress.