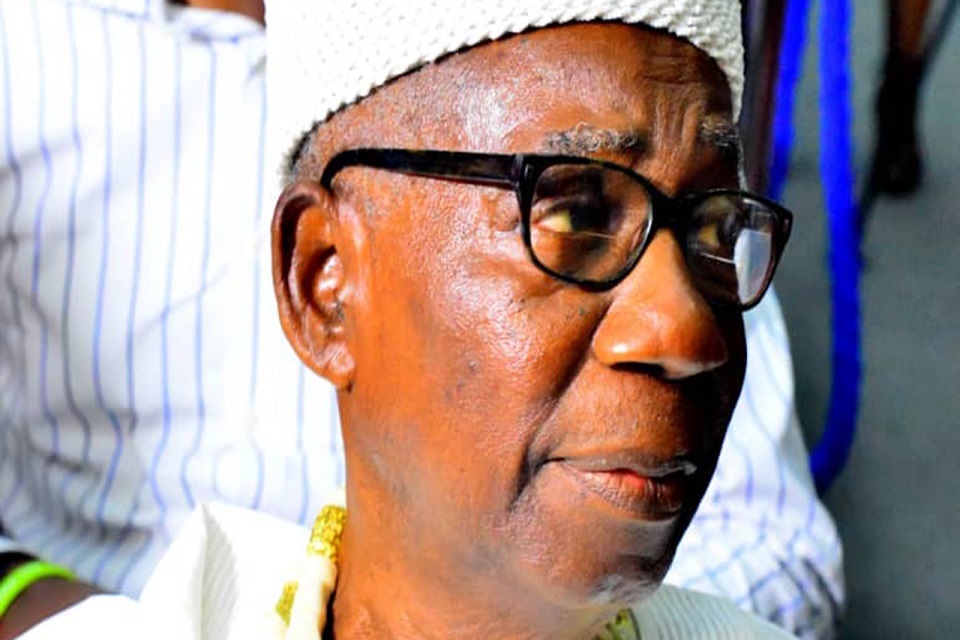 Speaker of the Lagos State House of Assembly, Mudashiru Obasa has described the late Oba Mufutau Olatunji Hamzat as a man who lived a life committed to the development of democracy and justice in the country.

Obasa stated further that the death of Hamzat, father of the in-coming Deputy Governor of Lagos State, Dr Kadri Obafemi Hamzat, came at a time the state and the country at large is still benefiting immensely from his wealth of experience, wisdom and knowledge.

“Indeed, his death came at a time the state and the country at large are still benefiting from his wealth of experience, wisdom and knowledge. But who are we to query Almighty Allah? He alone has decided that this is the best time for Papa to leave us,” he said.

The Lagos Assembly Speaker’s message was contained in a condolence message realesed on Sunday signed by his Chief Press Secretary, Musbau Rasak.

“He was one of the founding fathers of Nigerian democracy particularly the present democractic dispensation. He was in the forefront of the struggle for the enthronement of democracy during the military era. He lived a life totally dedicated to the development of democracy and democratic values in the country and he was committed to every cause of justice and the Rule of Law,” Obasa, also Chairman of the Conference of Speakers of State Legislatures of Nigeria, said.

ALSO READ  Ekiti 2014: I Will Arrest You If...Fayemi Warns Fayose

He stated further that, “we take consolation in the fact that he not only lived a fulfilled life but also left behind offsprings who are dedicated to continuing the struggle for democracy to grow in Nigeria from where he left it”.

Obasa said, “on behalf of my colleagues at the Lagos State House of Assembly, I console with the Lagos State Government, our party, the All Progressives Congress (APC) and the Hamzat family over this great loss. May Allah grant him al-Janat fridaous”.