You Are Here: Home → 2019 → May → 8 → Mathematics Education Can Make Nigeria Giant Of Africa—Ayodeji 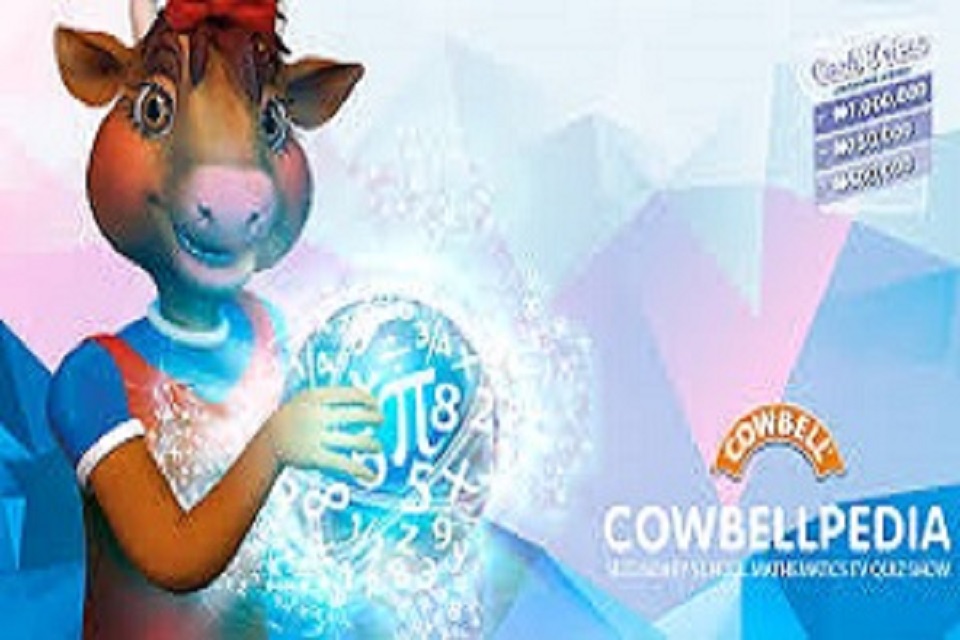 Mathematics education which is the bedrock of science and technology can truly make Nigeria the giant of Africa and the black race.

This is the view of Abiodun Ayodeji, the Marketing Manager of Promasidor Nigeria Limited, makers of Cowbell Milk brand, the sponsor of Cowbellpedia Secondary Schools Mathematics TV Quiz Show.

Ayodeji who was speaking to journalists in Lagos last weekend asserted that with Mathematics education, Nigeria can truly become the giant of Africa since modern development, technology and even commerce revolves around Mathematics.

He added that the objective of Cowbellpedia which is a brand asset of Cowbell Milk is to provide a platform to reward excellence in the subject area of Mathematics irrespective of economic and social strata.

This he said, was in line with the essence of the brand which is to provide affordable quality nutrition to every Nigerian Child.

According to him, Cowbellpedia has 3 major legs: Cowbellpedia Secondary Schools TV Quiz Show; Cowbellpedia Radio Maths Class and Cowbellpedia Mobile App that can be downloaded on Google Play store on android devices and App Store on Apple devices

“No nation can truly develop without a conscious investment and effort in Science and Innovation, and Mathematics is the bedrock of these two. Even in commerce, if you are doing a “Profit and Loss” statement, you need to be able to add and subtract…everything revolves around Mathematics.” Ayodeji said.

He disclosed that student enrolment has been increasing on a yearly basis and in 2019 a total of 56,073 students sat for Stage One examination of the competition. This marks a 34 per cent increase over the 41,730 students who took part in the examination last year, when the registration format became strictly online.

Ayodeji acknowledged that this is a record entry in the history of the competition, adding that the brand’s top and bottom line has also moved in sympathy with this direction.

The competition he said, has also witnessed progressive increase in participation in the last four years, during which period 195,474 students had featured in the Stage One examinations.

Ayodeji equally maintained that the Cowbellpedia initiative has met its objectives of awakening the consciousness and interest in Mathematics amongst Junior and senior secondary school students in Nigeria; improving students’ performance in Mathematics Pan Nigeria, and creating a credible platform for identifying outstanding students and encouraging excellence in the subject area.

He stressed that over the last 21 years, the brand and the Nigerian child have gained a lot from the Cowbellpedia initiative, citing the example of Master Ayodeji Akinkuowo, the senior category winner of maiden edition of the Cowbellpedia Secondary Schools Mathematics TV Quiz Show who got a government scholarship to Russia, studying aeronautic engineering.

He also stated that, in celebrating the 20th relationship between Cowbell and Mathematics, last year, Promasidor added some new dimensions to the Cowbellpedia initiative.

Some of these included the Cowbellpedia Academy in partnership with some foreign Universities and Professors aimed at driving support and interest in Mathematics by exposing selected students and teachers across the country to various teaching and learning techniques in achieving, sustaining and managing academic feats especially in Mathematics.

There is also a documentary, Milk of Kindness which focuses on the lives of Cowbellpedia participants and the impact the brand has on their lives and families.

“We have also increased significantly the total prize money in the last 5 years, the prize money is now N2M for the winner in each category and there are other cash prizes reward at each stage of the competition for students and teachers” Ayodeji said.