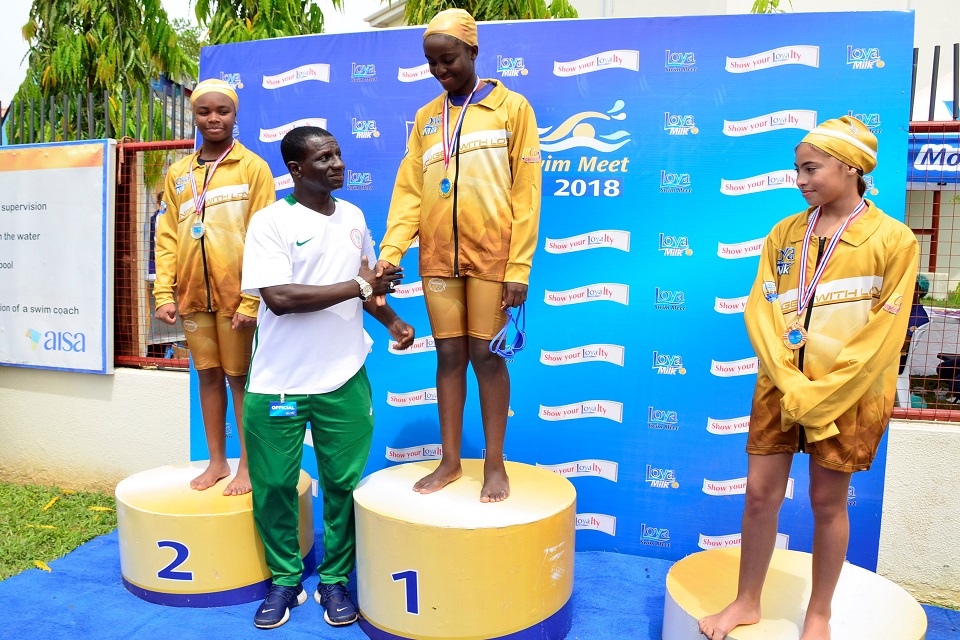 Nigeria Aquatics Federation has disclosed that it would work with Loya Milk, a premium brand of Promasidor Nigeria Limited and sponsor of the yearly Loya Milk Swim Meet, in identifying and nurturing young professionals in swimming.

Secretary General of the Federation, Sani Mohammed said this during the Abuja edition of the Season Three of the competition, which was hosted by American International School.

Mohammed, who was part of the officiating team, said the partnership was necessary following the commitment Loya Milk has demonstrated towards the development of the sport in the past three years.

He noted: “Loya Milk has taken the responsibility of identifying and showcasing great talents. There are a number of such talents and we are going to groom them. I have penned down some of the names we are going to pay close attention to.

“I appreciate Loya Milk of Promasidor. It has shown sufficient commitment and I think other companies should be involved. Henceforth, we will involve the brand in our programmes. We will organise competitions they can sponsor. As part of this, we will be doing some routine marketing in partnership with the brand.”

Acknowledging the rise of Nigerian swimmers at international competitions in recent times, Mohammed said that he had identified five students at the Abuja competition whose names he would present to the Federal Ministry of Sports and Youth Development for follow-up and possible inclusion in the Nigerian team for subsequent swimming events.

American International and Chrisland School, both from Abuja, won 15 out of the contested 18 medals. The host school came top with three gold, four silver and two bronze medals, while its rival won three golds and two silvers.

It was the first time the Federal Capital Territory would host the three-year-old inter-school tournament. Yet the participation and organisation of the event were adjudged impressive by both Nigerians and foreigners who witnessed it.

Marketing Manager, Promasidor, Biodun Ayodeji said the connection between Loya Milk and swimming is natural, a reason the brand is sponsoring the initiative. According to him, Loya Milk is fortified with 50% extra calcium to help consumers achieve optimum physical wellbeing and build stronger bones, tougher teeth and healthy heart.

Ayodeji said: “The interest of Loya Milk in swimming resonates with its unique brand identity. Loya Milk is fortified with 50 per cent extra calcium, which makes it the choice milk for individuals who desire to live healthy and remain physically fit. Swimming is a 360-degree sport, meaning that it requires a lot of energy and fitness. That is where the path of Loya Milk and swimming meets.”

Loya Milk Swim Meet started in Lagos in 2016 with 10 schools participating. Season Two was held in both Lagos and Port Harcourt, the Rivers State capital. The ongoing season has been hosted in Ibadan, Oyo State, and Port Harcourt before it moved to Abuja last weekend. The grand finale will be held in Lagos.