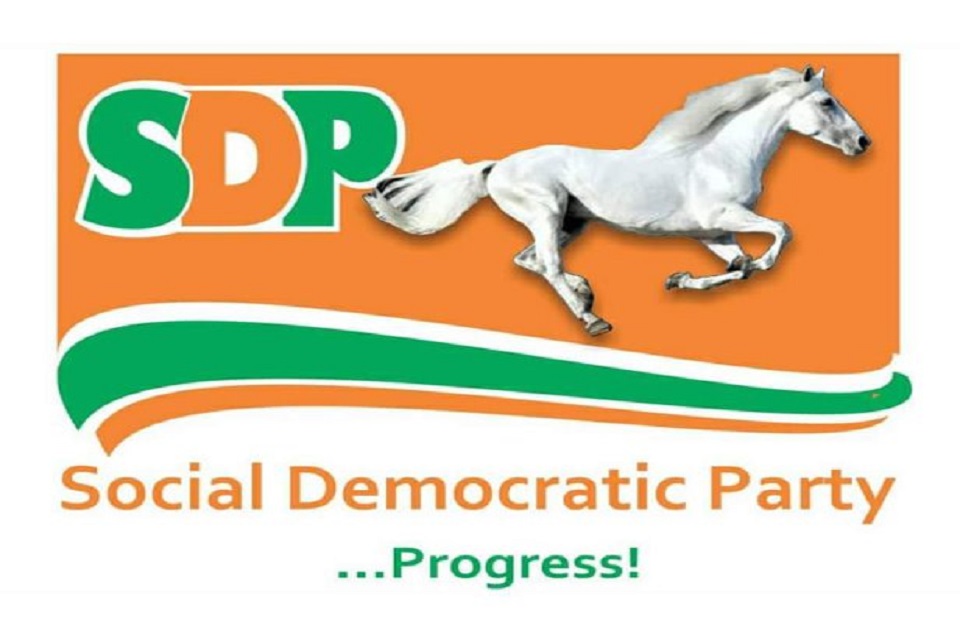 The Social Democratic Party (SDP) has made a clarification on the exclusion of Osun State from the planned congresses of its party across states of the nation.

The advertorial raised some issues because late last month, the party held its congress in Osun State, which produced a former Commissioner as the state chairman with a faction led by Chief Isola Ademola describing this as ‘illegal’.

It was gathered that Osun State held its congress earlier because of the forthcoming governorship election in the state.

But the advertorial by Atuma fuelled insinuations that the Osun State congress may have been stepped down with an online publication quoting Ademola as saying the party’s headquarters took the action to broker peace.

“It is sad to note that just one of the three aspirants contesting the governorship election under the platform of SDP wanted to take the party by the throat and secure our party’s ticket through fraudulent means,” Adewale was quoted as saying.

“Let it be known that Senator Iyiola Omisore’s plan was to install one of his cronies, Dr Bayo Faforiji, the erstwhile factional Chairman of Peoples Democratic Party (PDP) as the Chairman of SDP through a fake congress not known to the party’s national echelons.

“Going by the lists of his so-called executives at the ward and local government levels, it was clear that he only appointed aggrieved members of his group who left the PDP with him in May this year,” Ademola was further quoted as saying.

But responding to an enquiry on the issue, the National Deputy Publicity Secretary of SDP, Alfa Muhammed, disputed Ademola’s claim, saying at no time did the party’s national body resolve to step aside the Osun state congress.

He explained that the schedule of congresses advertised by the party exempted Osun, which he said had concluded its congress to meet up with Independent National Electoral Commission (INEC) time frame due to governorship poll in Osun and Ekiti, which also share similar situation with Osun state.

“The congresses dates announced by Atuma do not include that of Osun State where congress had commenced earlier on June 30, 2018 with ward congress for Monday, July 2; LG congress and State Congress slated for July 7 as already communicated to the former state chairman, Chief Ademola by the same officer because Osun state has election at hand and INEC time table has to be complied with,” he explained.

“Also, the advert excluded Ekiti state where congresses had taken place earlier because the state also has Governorship election slated for July.”

Muhammed, who was part of the delegation from the headquarters, wondered why the national body of the party that set up a committee for the congress would later turnaround to step aside the outcome of the process.

He dismissed claims by Ademola as inconsequential, noting that as a a former chairman suspended by the state committee he preside over, he could say anything he wanted but that would not change the fact that Osun Congress is properly conducted.

“All the executive members led by Ademola were in that congress,” Muhammad pointed out, noting that most members of the newly elected executives of SDP in Osun state were either in the recently dissolved executive or belonged to the former chairman’s group.

“So, there was no issue with that congress,” he stressed.