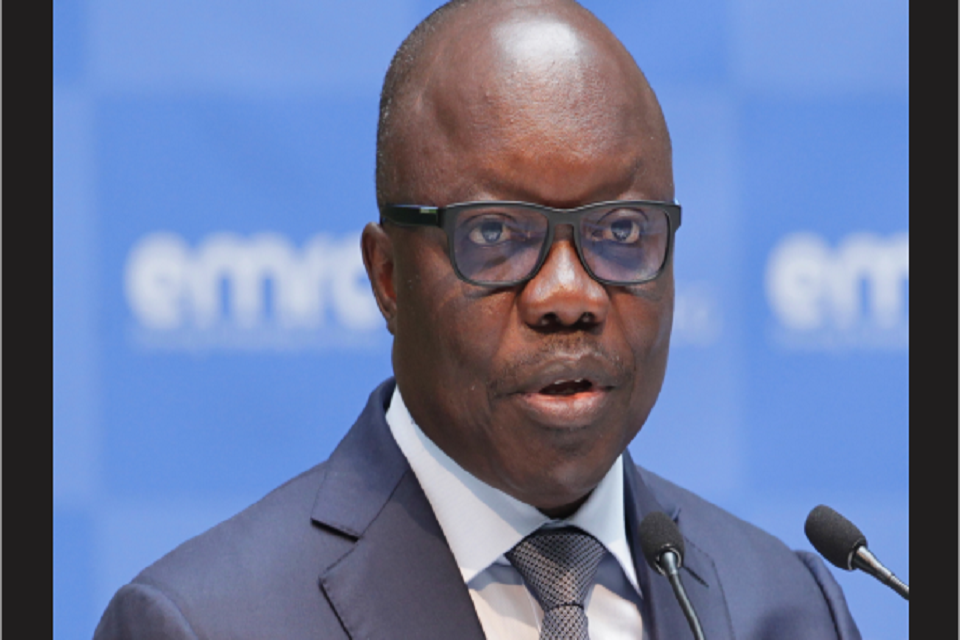 The people of Itsekiri have expressed willingness to have the immediate-past governor of Delta State, Emmanuel Eweta Uduaghan, represent Delta South Senatorial District of the state at the National Assembly in 2019.

They described the medical doctor-turned politician as the perfect choice for the position going by his antecedent.

The Itsekiris are one of the three ethnic groups in the senatorial district and they said with Uduaghan at the Senate, they were certain of proper representation at the parliament.

Speaking recently on behalf of the ethnic group, the president of a political pressure group, Itsekiri Movement for Good Governance, IMGG, Jolomi Oritsegbemi said aside from Dr. Uduaghan’s influence which will positively rob off on the development of the entire state, the Itsekiri had had the least representation at the National Assembly over the years.

According to him, “It is the turn of Itsekiri to produce a senator representing Delta South and Dr. Uduaghan is the only Itsekiri man who will make us reap the dividends of democracy come 2019. He is a true son, a man of the people who believes in developments and impacting lives. Over time, he has proven this, even when he was the governor of the state for eight years. In fact, this is the kind of leader Nigerians need to move the nation forward.

ALSO READ  Open Letter To Emmanuel Uduaghan: Now That Ibori Is Released, What Lessons Are You Learning?, By Fejiro Oliver

“It is only the Itsekiri ethnic nationality that has not produced a senator to represent the district since 1999. In the interest of equity and fair play, this should be our turn without any arguments. It is time to prove that Itsekiri people are not made to deliberately play the second fiddle to the other tribes.”

He further reminded Deltans that an Itsekiri man was last in the senate 39 years ago. “Itsekiri also had two federal constituencies, where Late Hon. Vincent Jemide and Late Hon. Sunny Dabor represented them. The two federal constituencies were to be reduced to one when Chief Chamberlain Abeki from Patani LGA, was appointed as national commissioner into the then Federal Electoral Commission, FEDECO,” revealed Mr Oritsegbemi.

From 1979 till the current dispensation, five senators have represented Delta South Senatorial District. Out of these five, two were from Isoko (Senator Stella Omu and Senator Francis Okpozo of blessed memory) and another two were from the Ijaw tribe (Chief E.K Clark and Senator James Manager, the incumbent). The first and only senator who was from the Itsekiri stock was Chief Franklin O. M Atake in 1979.

Interestingly, the incumbent senator, James Manager, an Ijaw man has been returned to the senate on four occasions consecutively. By the end of 2019, James Manager would have spent a total of 16 years in the Red Chambers and feelers from the district reveal that the people are tired of his representation.

All the ethnic groups feel that being a position for the three groups in the Delta South, either an Isoko or Itsekiri should be favoured for the post this time around.

From all indications, Dr. Emmanuel Uduaghan is highly positioned to grab the senate seat considering that he withdrew from the race in 2015 to ensure that peace reigned in the state and he has always maintained that peace was more important than electoral victories.

Dr. Uduaghan’s developmental strides while he was the governor of the state speaks volumes. Most of his legacies are still being enjoyed in the state presently.

In a related development, Pa Daniel Pessu, a former Delta State lawmaker who is 96 years old now, has declared his support for the former governor, Emmanuel Uduaghan senatorial bid.

Speaking on behalf of six of the 30 surviving former lawmakers in the state, Pa Daniel who represented Warri South constituency in the then Bendel State House of Assembly between 1979 and 1983 thanks Dr. Uduaghan for taking care of them while he was governor of the state. He also prayed for his success at the polls in 2019.