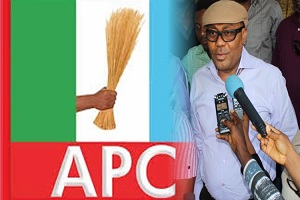 Ahead of the 2019 general elections, Rivers State chapter of the All Progressives Congress (APC) has disclosed that the ruling party at the federal level will organise free and fair primaries.

The party in Rivers State, where it is an opposition party, made this disclosure while reacting to some insinuations in some quarters about a crack in the party because of the twin events of February 10, 2018 in the state involving some of the APC faithful.

In a statement on Monday, the party reiterated that there’s no crack in the party as rumoured, noting that it was still very united, cohesive and ever ready to play its expected pivotal role in reshaping the politics of Nigeria come 2019 not minding some obstacles being posed on her way by those it called ‘some detractors.’

The party clarified that the two events that took place in Rivers State last Saturday involving party faithful though significant were organised for two different purposes.

It stressed that while that in Port Harcourt was to entertain friends of the party, it was also to pave way for some PDP bigwigs looking for soft-landing to join the party.

It said further that the Port Harcourt event was principally organised to thank God for the victories He granted the party during the last rerun elections in the state against all odds.

Commenting further, the party explained that the other event in Bori, headquarters of the Ogoni land, was held in continuation of the rebuilding and strengthening of the party ahead of 2019 general elections and principally to receive thousands of PDP members who defected to APC.

“These clarifications became imperative to stop further disparaging of the party leadership and misinformation being peddled by some mischievous elements aimed at destabilising the party,” the party said in a press statement circulated on Monday in Port Harcourt by Chief Eze Chukwuemeka Eze, the Media Consultant to Dr Davies Ibiamu Ikanya, the State Chairman of Rivers APC.

The statement further appreciated some of the party’s faithful and friends that attended both events at Bori the Headquarters of the Ogoni Land and Port Harcourt the State capital of Rivers State and commended them for their positive comments but reiterated that “we don’t have any crack in the party as erroneous stated by some of the visitors. In short, the party is now more repositioned to achieve her aim for 2019 general elections which is mainly to root out the current evil administration in the State under the watch of Chief Nyesom Wike.”