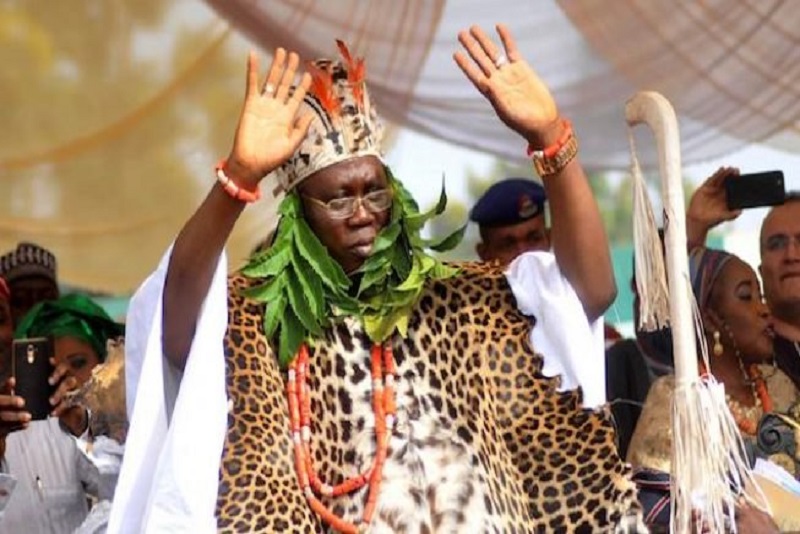 Joining him to congratulate Gani Adams on the honour are the European Union and Dr Dakuku Peterside, Director General of Nigerian Maritime Administration and Safety Agency, NIMASA.

The trio in their congratulatory letters described Gani Adams’ new title as a well deserving based on his antecedent and immense contributions to the development of Yoruba race and Unity of Nigeria.

Goodluck Jonathan in a letter personaly signed said “you have consistently championed the Unity and Progress of the Yoruba race over the years without wavering in the face of challenges.”

While commending the new Aare for his doggedness and commitment to the advancement of the Yoruba race which resulted in his nomination as the 15th Aare Ona Kakanfo of Yorubaland, the Ijaw born former president expressed confidence that Adams will continue to play a unifying role in Nigeria by expoliting his relationship with people across the nation.

ALSO READ  Many Lies of Shina Akinpelu Against Gani Adams

On his part, Director General of NIMASA, Dr Dakuku Peterside, said in his letter that, “The love of your people, selfless service and leadership especially among the youths have earned you this honor.

“As you assume the important and responsible duties of the Aare Ona Kakanfo, I am hopeful that the Yoruba race and our dear country will continue to enjoy progress and prosperity.”

The European Union delegates to the Federal Republic of Nigeria and The Economic Community of West African State in a letter signed by Ketil Karlsen said they were looking forward to promoting dialogue on peace, security and stability on political spheres of Nigeria.

While wishing him the very best in his endeavors as the Aare Ona Kakanfo of Yorubaland, they said the delegates will be hoping to meet with him soon.