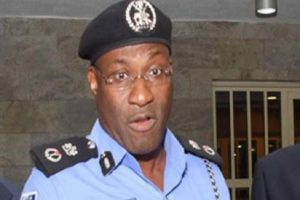 A lawyer based in Lagos, Mrs Blessing Titty Ahmed, has petitioned the Lagos State Commissioner of Police, Fatai Owoseni, over alleged assault and threat to her life.

In the petition written on her behalf by Simeon Atunbi of Blue Diamond Law Firm, Ahmed accused a woman, Mrs Jerry Okoh, of assaulting her on April 19 while performing her duty at 9 /11, Dayo Kuye Close, New Oko-Oba, Lagos.

The petition reads in part: “It is our brief that our client, who is a legal practitioner and property consultant, manages the property situated at No 9 /11, Dayo Kuye Close, New Oko-Oba, Lagos, under the lawful authority of the landlord. The said property is occupied by tenants, among who is Mrs Jerry Okoh (hereinafter referred to as the ‘tenant’) and her family. The said tenant has become notorious for the violent conduct which extends to the neighbours, the landlord and her agents.

“Based on instruction of the landlord, on 19th April 2017, our client visited the said property in the company of an officer of the Nigeria Police Force, Sergeant Fakule Taiwo, with the intention of serving a ‘Notice of Power Disconnection’ on the defaulting tenants.

“However, when our client requested to see the tenant, her children informed our client that the tenant was not at home. Consequently, ‘The Notice’ was pasted and a picture was taken as proof of service.

“Our client then proceeded to serve the notice on the occupiers of the other apartments on the premises.

“While the notice was being served on the other occupiers, the tenant came and attacked our client by slapping her, hitting her, tearing her clothes and under wears. She was mobbed by the tenant and her children. During the assault our client lost her gold neck chain (necklace) and wristwatch both worth N1,270,000.”

According to the petition, Sergeant Taiwo’s attempt to quell the attack, which had degenerated to a threat to Ahmed’s life, was suppressed by the violence of the tenant and her children.

“Our client was only able to escape this life-threatening incident by the grace of God and the help of the police officer.

“When she eventually managed to step into her car, the tenant was hitting the car glasses, she took a big stone threatening to smash the car glasses but the police officer prevented her. Our client sustained several bruises, dislocation of bones and shock and she is still traumatised by the incident. The dastardly act of the tenant landed our client in the hospital where she is currently recuperating…

“Our client has incurred heavy medical bills and has lost several businesses due to the injury sustained from the ugly incident which has resulted in her absence from her office to attend to client’s matters worth several millions,” the petition added.

Ahmed said the incident was reported at the New Oko-Oba Police Station.

“We humbly petition your good self to intervene in this matter by investigating, arresting and persecuting the said Mrs Jerry Okoh as it relates to upholding rule of law and sanctity of human lives in the country,” the petitioner urged Owoseni.

“Inspector Bola (Criminal Record Department) came to collect the case file that Area G Command is interested in the matter and that Mrs Jerry Okoh is the daughter of the former area commander.

“However, the matter took a dramatic turn at Area G, as the Oko-Oba case file was discarded and a new case file was brought out accusing the lawyer of assaulting Mrs Jerry Okoh.

“The said inspector Bola insisted that the lawyer should write a statement and afterwards sign a bail bond on self-recognition while Mrs Jerry Okoh was not interrogated further on the assault case,” the petitioner added.

In the interest of justice and equity, the lawyer is asking the commissioner of police to remove the matter from Area G Command.