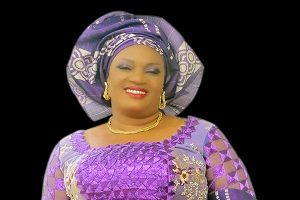 First Lady of Ebony State, Mrs Rachael Umahi, has brought succour to some widows in the state by building houses for them.

This move has now received applause from a a Non-Governmental Organisation, the David Umahi Nweze Akubaraoha Ebonyi Transformation Agenda (DUNAETA).

The Governor’s wife’s initiative was done under her Family Succour & Upliftment Foundation Programme and about 172 widows in the state benefited from it.

DUNAETA in a statement issued on Monday in Abakaliki, the State capital, described this as a demonstration of selfless leadership that others in similar positions need to emulate.

The group in the statement signed by the Founder and President, Lady Monica Ada Chidinma Eze, congratulated the Ebonyi State First Lady for this bold initiative that tallies with the biblical injunction in James 1:27 which, states: “Pure religion and undefiled before God and the Father is this, To visit the fatherless and widows in their affliction, and to keep himself unspotted from the world.” (King James Version)

“Ebonyi women and, indeed, women all over the world will forever remain grateful for the humanitarian efforts of Chief (Mrs.) Rachael Umahi, who has used her pet project to bring succour to the women of Ebonyi State in various ways. With this latest move, at least 172 widows in Ebonyi State are to receive two-bedroom bungalow each as succour to alleviate the sufferings of this group of underprivileged citizens who are often victims of harmful traditional practices.,” said Lady Eze, who is also the Technical Assistant on Media to Governor David Umahi.

She noted that the Ebonyi First Lady has used her pet project to positively affect and influence lives in the State through the paying of medical bills of indigent patients, mobilsiation of women towards better family, as well as partnering with USAID/PMI and the Ministry of Health in sustaining support towards the elimination of malaria and assisting those suffering from VVF in the State.

ALSO READ  How To Prevent Leg Cramps During Long Flight

“I would be pleased to render my services in any way possible to enable the Ebonyi State First Lady succeed in her efforts to turn the fortunes of Ebonyi women around, particularly in her efforts to fight all harmful practices that are inimical to the welfare of women in the State,” Lady Eze said.

She urged all Ebonyi women “to reciprocate and appreciate the efforts of this great gift to us by participating actively in politics and lending constructive voices on the issues of governance and welfare of the families as our amiable First Lady and her husband cannot do it alone.”