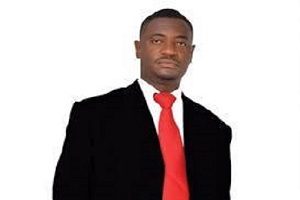 This month I’ve seen people talking about Aku Obidinma who had issues with his job and took to media to criticize his former boss.

Aku Obidinma (Abdul) worked as PA on Political Matters to His Excellency, Prince Eze Madumere, the Deputy Governor of Imo State from 2013 to 2015 and when he was sacked, he started writing several unpleasant things about his former boss.

So many persons are quick to forget that all it takes is one poorly worded comment or complaint spoken in the wrong place or to the wrong person about your former boss to torpedo your chances of ever having another job in life.

Mr Aku Obidinma rather than look for another job took to blackmail, deception and threat as means of livelihood.

I got to know Obidinma first in my days at the Imo State University. I worked in a company in Owerri while going to the University. It was not easy but I did it. Extra income never hurts so by pressing one or two buttons here and there and studying hard I did what some of my friends thought was impossible.

It was Nnenna who introduced me to Obidinma. We were at a joint on campus eating when he came to our table and she did the introduction.

I disliked him from the first day I saw him. He said so many things and a lot of the things he said were lies. He boasted about his affluence but a look at the clothes and the shoe he was putting on will get you laughing.

I am the type of girl who insists on working hard to make her own money. I am a girl who believes that her future has unlimited potentials, and that someday, I’d do something great and purposeful with my life and so boasting before me about money does not move me.

When he left, my friend Nnenna told me a lot of negative things about him including his rustication from the Department of History and International Studies and that Chief Emmanuel Iwuanyanwu was pleading on his behalf.

When I heard that Prince Eze Madumere, the Deputy Governor of Imo State, had engaged him as one of his PA, I said “Oh Oh, wrong choice.”

I admire Madumere’s leadership qualities. His simplicity is legendary. As a matter of fact, he takes after his boss, the workaholic and dedicated governor of Imo State, Owelle Rochas Okorocha in terms of hard work and commitment to peoples’ welfare.

He is one of the extremely few people that can be relied upon and who have the genuine desire in the uplift of his people’s aspirations.

ALSO READ  6 Tips To Observe While Driving In The Rain

No wonder he became Chairman of the Imo State chapter of the Nigeria Red Cross Society. Under his leadership, the Society touched lives more than any other time in the history of its existence in the state.

The choice of keeping Mr Obidinma around him was a wrong one. I was not surprise when I heard that Obidinma has been sacked for embezzling funds. It was also not a surprise to me when Aku Obidinma once again displayed his penchant characteristic of lies, character assassination, blackmailing and ingratitude by parading himself as an activist overnight after his sack and started writing junk hallucinations against his former boss, the deputy governor of Imo state.

Even if some things went wrong between you and your boss, you can address it without making a scene. Speak privately with him and work towards a resolution. I was not even surprise when I heard he was arrested by DSS and dragged to court for defamation and that he has not been able to meet up his bail conditions. For me this man (Aku) should get a pastor to pray for him and cleanse his soul because crime no dey pay.

Madumere’s rise in politics is divine and spectacular. He served well as Chief of Staff to the Governor of Imo and is also doing tremendously well as Deputy Governor. He is accessible and a true example that loyalty pays. I have watched him help his boss in impacting tremendously on both the state and her people.

Such positive impacts are in the areas of road networks, provision of enabling environment for water consumption, peaceful co-existence in the state, and improvement in health facilities, education, basic infrastructure improvements, societal re-orientation, human relations and rehabilitation of public utilities.

Many people have also benefitted from him in the area of empowerment. He has provided means of survival to poor students beyond the shores of Imo State. He is also taking care of hundreds of less privileged women, youths and children.

Madumere, like any other politician, has his own weakness because no one but God is infallible. But whatever is his weakness, the fact still remains that he is diligently playing a vital role in the Okorocha’s administration and is a gold fish in APC Imo State.

For me, he is a man who will go higher and I wish him well. Haters could always have says but the truth will always have its way.