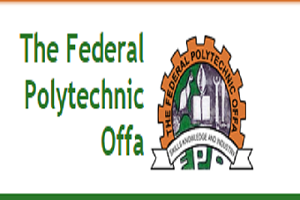 According to reports, the Independent Corrupt Practices Commission, ICPC, has launched an investigation into allegations that the Acting Rector of the Federal Polytechnic, Offa, Kwara State, Dr Ayodele Olaosebikan was involved in a fraud.

Islander Magazine reports that the matter has been transferred to ICPC’s headquarters in Abuja.

It was reported that the Rector, the college Registrar, Alhaji Raji Abdulhammid and Bursar have been summoned to appear before the agency in Abuja for questioning.

According to reports, a petition was filed by the staff unions against the acting Rector to the Federal Ministry of Education and the agency was copied.

The Registrar and Bursar were accused of involving in shady financial activities in the polytechnic.

Public Relations Officer of the polytechnic, Ladi Badmus, confirmed the invitations of the principal officers by the ICPC but denied anything serious about it, the magazine reports.