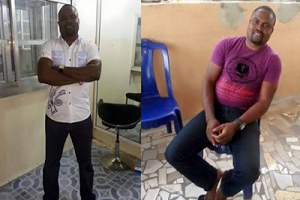 The Rivers State Chapter of All Progressives Congress, APC, has marked Monday, October 3, 2016 as another sad day, following the murder of a prominent member of the party, Boris Neenwi, who was felled by the bullets of assassins in Nonwa Tai.

He recently finished his law programme from the University of Maiduguri.

The reads: “Until his assassination, late Neenwi was a known critic of Gov. Nyesom Wike and Wike’s ex-militant leader and collaborator, Solomon Ndigbara who also hails from Yeghe community.

“The killing of Neenwi shares similar imprints with how another APC chieftain and ally of Senator Magnus Abe, late Vincent Eebee also from Yeghe was gruesomely murdered by suspected agents of the PDP and Gov. Nyesom Wike six months ago.

“APC unequivocally holds the Governor of Rivers State, Nyesom Wike and his ally, ex-militant leader, Solomon Ndigbara responsible for the killing of Hon. Boris Neenwi and his companions in Nonwa Tai yesterday.

“We call on the security agencies in Rivers State and at the federal level to leave no stones unturned to ensure that Solomon Ndigbara and all those who have a hand in the killing of Hon. Boris Neenwi and the young people who were gruesomely killed alongside him are apprehended and made to face justice. This is yet another senseless killing that must not be swept under the carpet as has become the pattern in Rivers State especially when APC members are the victims.”