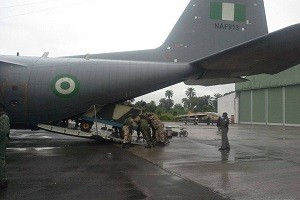 The Nigerian Army says it will from this weekend commence another training exercise code named ‘Exercise Crocodile Smile’ in 82 Division and part of 2 Division areas of responsibility traversing the South-South geo-political region.

It explained that the aim of the exercise is to practice its Special Forces and other units of the Nigerian Army in Amphibious and Internal Security Operations in riverine environment.

The general public has been advised not to panic on the sight of unusual movement of large number of troops, heavy military weapons and equipment in these areas.