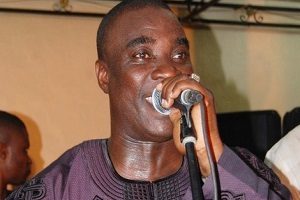 All is now set for the formal inauguration of the K1 De-Ultimate Fans Club Worldwide, Ogun State Chapter.

Already, those invited for the epic ceremony have been notified and have promised to grace the occasion.

Aproko247 gathered that ‘The global legend of music’, as fans love to call K1 De Ultimate, has been informed of the programme and would be expected to honour the invitation.

Royal Fathers of the Day are HRM Oba Abdul-Fatahi Akamo, who is the Olu of Itori; HRM Oba Kolawole Sowemimo, the Olu Owode Of Egba-land; and HRM Oba Najimdeen Aroyeun, the Oniro of Iro.

Aproko247 learnt that Speaker of the day is Doyin Akagbusun, the Chairperson of K1 De-Ultimate Fans Club of Nigeria.

Music would be provided by T-Code and his metaphor band, while MCs of the day are Oladapo Oyedele and Bebe Musiliu.