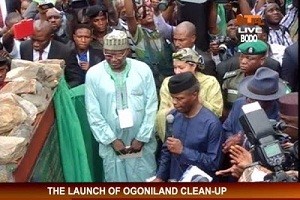 President Muhammadu Buhari was earlier scheduled to kick off the exercise, but he cancelled the trip to Ogoni at the last minute.

News went viral on Thursday morning that the President would no longer travel for the exercise based on security reason.

Osinbajo, instead, represented his boss at the programme, which was attended by several sons and daughters of Ogoni land. 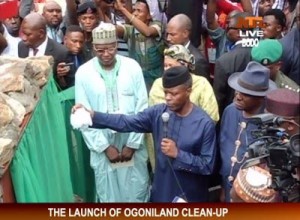 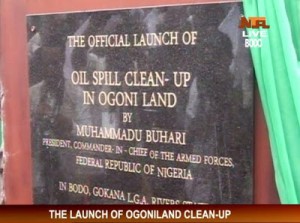 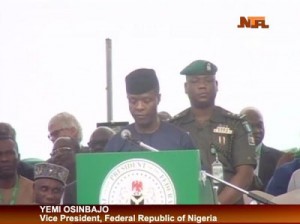