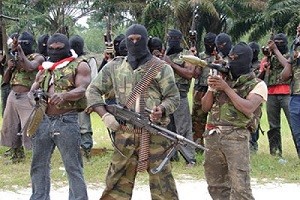 A tank farm belonging to leading oil and gas company, Chevron, has been destroyed by the new militant group, the Niger Delta Avenger.

The group disclosed on Thursday, May 26, 2016, via it Twitter handle, @NDAvengers, that it blew up the facility because the company failed to listen to its (NDA) instructions.

According to the militant group, it bombed the main pipeline supplying gas that provides electricity to the Escravos tank farm in Delta state owned by Chevron because Chevron ignored its May 12 warning not to fix a major crude pipeline blown up by it (NDA) earlier in the month.

The NDA has carried recent attacks in the region, despise threats by the government to crush it.