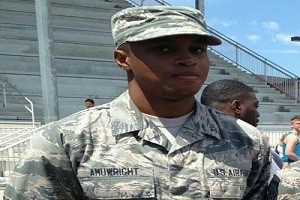 As you read this piece, one of the children of star Nigerian actress, Bukky Wright, Amu, has become a personnel of the US Air Force.

The handsome Amu, who is the second son of the talented and soft-spoken actress, is now in the workforce of the highly rated US military.

His excited mother announced this on Friday via her social media platform and posted pictures of his son adoring the US Air Force uniform.

She wrote on the platform, “I love you son and I am so proud of my son as an American Air Force officer.”

The young man was among those who graduated from the US Air Force Academy.