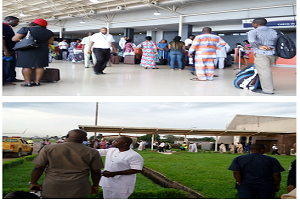 There was demonstration at the Benin airport on Sunday after passengers of Arik Air reportedly learnt that they were lied to by management of the airline.

It was gathered that the aggrieved passengers were told there was no fuel to take them to their destination, only to discover that the same plane is to ferry employees of Dangote Cement, who were in the capital of Edo State for an event.

ALSO READ  Beer: Amazing Facts That Can Blow Your Mind

According to reports, members of staff of the company were in the state for the grand opening of a multi-billion Naira cement company in Okpella.

YNaija reports that the passengers, who were billed to board their flights at 16:30 to Abuja and 17:00 to Lagos, were stunned when they were informed that there was no fuel in the two airplanes.

However, not long after they were checked in at about 18:00, after waiting for over 2 hours, word spread that 2 airplanes had been chattered by staff of Dangote Cement. This sparked a protest at the airport.

It took several efforts to calm the angry demonstrators. 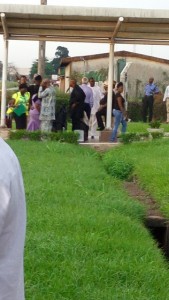 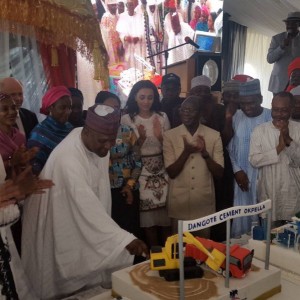