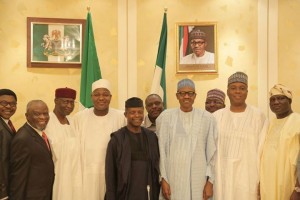 President Muhammadu Buhari finally met with leadership of the National Assembly, NASS, at the State House in Abuja.

The meeting, which was held behind closed-door on Wednesday night, was attended by Vice President, Yemi Osinbajo; Senate President, Bukola Saraki; and Speaker of the House of Representatives, Yakubu Dogara.

It was also attended by some lawmakers from both chambers of NASS, who accompanied their leaders to the meeting, which lasted hours.

It was gathered that the President was very happy to meet with the NASS leadership and he expressed his desire for a smooth working relationship between the executive and the legislative arms of Nigeria’s Federal Government.

Wednesday night’s meeting came a day after the Senate read the ministerial nominees sent by the President for screening.

The Senate President described the session with Buhari as “necessity for national development,” adding that it “demonstrates that the nation is working.” 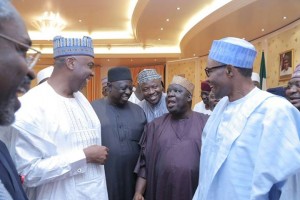 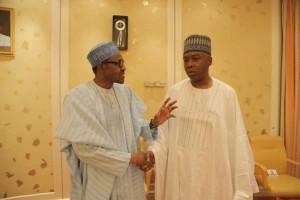 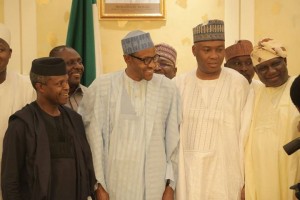