You Are Here: Home → 2015 → August → 21 → Power: The Need To Stop The Continuation Of Payment Of Bills After Disconnection, By Nwaorgu Faustinus

Power: The Need To Stop The Continuation Of Payment Of Bills After Disconnection, By Nwaorgu Faustinus 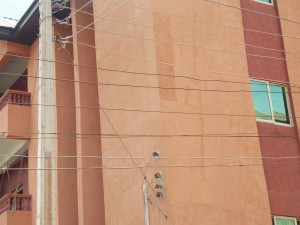 The news about the directive or rather order by the senate on the 11th of this month to the Nigerian Electricity Regulatory Commission (NERC) to suspend the fixed charge of N702.00, which it has been collecting from electricity consumers across the federation following unending complaints against the policy by Nigerians has been greatly applauded as the right step in the right direction, given its anti-people oriented and exploitative coloration.

When this good news filtered into the public domain, many a consumer of power supply heaved a profound sigh of relief having been subjected to the fixed charge without proportionate benefit to show for the money they pay, especially for those who do not make use of pre-paid meters. Again, the Senate in a landmark resolution from a motion entitled: Unfair Trade Practices of Electricity Distribution Companies in Nigeria, which was sponsored by the duo of Senator Sam Egwu and Senator David Umaru, directed the NERC to urge Discos to discontinue the practice of compulsory bulk metering of villages and communities in the rural areas.

As commendable as these directives are, it is only when the various private power/electricity distribution companies that cut across the geo-political zones of the federation are forced to implement and comply with the order will fairness be restored to the power sector as regards the outrageous, extortionate, slavish and exploitative electricity bills paid by consumers of electricity.

Apart from the issues of bulk metering and fixed charge of N702.00, another issue that is giving the public a great source of concern, anger, and sadness is the continuation of the charge of electricity bills on services not rendered for. For example, there are places and residential homes that have been disconnected for months and the wires used for the connection taken away by the various private power/electricity distribution companies’ electricians for one reason or the other but the end users (electricity consumers) have continued to receive electricity bills for services that have not been offered.

This is a clear case of daily light robbery, thievery and man’s insensitivity to man by these exploitative companies and its allies.

Had it not been that majority of Nigerians who consume electricity are docile even when pushed to the wall especially on this issue of having one’s source of electricity disconnected and wires taken away by these power supply companies’ electricians or taskforce on disconnection, we would have been inundated with news of untoward actions meted out to those who deliver these undeserving electricity bills to those who do not supposed to pay for the bills.

No wonder the senate directed NERC to make a regulation to mandate the Discos to discontinue the practice of making consumers pay for meters, poles and transformers, which by law, are properties of the Discos, adding however that where consumers purchase those items, they should give notice of the purchase to the Discos, and should be entitled to recover their expenses from subsequent consumption of electricity.

This unpalatable situation of things in the power sector should be investigated holistically by the National Assembly with a view to finding permanent remedies to the ripping off of consumers of electricity and to restore sanity in the system. A stitch in time saves nine.