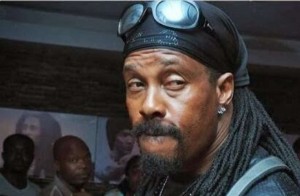 Foremost Nigerian actor, Hanks Anuku, who lost her sister recently to cancer, was apprehended by police in Ghana on Thursday.

Hanks was arrested with about 10 others during a movie shoot for allegedly causing fear in a public place. They were shooting of a television series on the Spintex Road in Accra, Ghana, when they fired fire-crackers at about 3am.

It was alleged that the crew blocked a road in the area, which caused fear among people in the area, who quickly called the police unaware that it was a movie shoot by the film crew.

The Accra Regional Police Commander, Deputy Commissioner of Police (DCOP) Christian Tetteh Yohuno, who spoke with journalists, said the crew did not get permit from them before shooting ‘robbery scene’ in the area.

“Most motorists who were using that stretch of road, upon hearing the loud command of ‘stop, stop, stop sensed danger and quickly reversed, causing a lot of chaos on the Spintex Road.

“A patrol team was quickly dispatched to the scene, only to ascertain that the supposed gang was a crew of a movie production company known as Rabell Entertainment,” the police chief said.