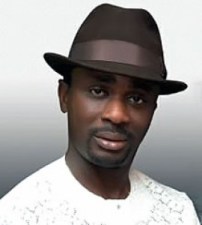 “Train up a child in the way he should go, and when he is old, he will not depart from it,” so says a part of the Holy Bible. But with the bountiful lifestyle of the son of the Olugbo of Ugboland in Ondo, Oba Obateru Akinruntan, Yomi, one may be tempted to say he lacks a good home training.

Recall that the respected monarch is the Chairman of Obat Oil.

Information filtering has it that Yomi’s alleged wasteful lifestyle has made his father to sack him as the Director of Operations in OBAT Petroleum. It was said that after he was relieved of his duties at the company, his father gave him some money to float a business of his choice.

It was gathered that the business was short lived, as Yomi and Co virtually consumed all liquor on their shelves.

Sources revealed that Yomi, who is now alleged to be a ‘thorn in the flesh’ of his father, was equally sacked, due to misappropriation, as the MD of Febson Hotel and suites in Abuja, one of the many hotels own by his father.

After being relieved of all duties from his father businesses, it was gathered that Yomi was left with no option than to allow his wife; Lamide become the breadwinner of the house.

Lamide who had never worked in any paid employment organization, went job hunting before she secured a place with Cakes ‘N’ Cream in Lagos.

As life became unbearable, Yomi relocated to Akure to save himself of shame and sort solace in politics to at least get his father’s attention again. He decided to contest for House of Representatives.

Those in the known revealed that immediately his ambition got to the ears of opponents, it was uncovered that Yomi never studied Law in Ogun State University as he claimed. He was said to have falsified his certificate.

The falsified certificate issue made him to shift gear quietly and settled for House of Assembly, Ilaje constituency 1, Ondo State. Those privy to reliable information claimed his father is never in support of his political ambition but prefer him to turn new leaf and live a better life.