Over 4000 PDP Members Defect To APC In Sokoto 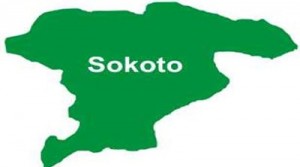 No fewer than 4000 members of the Peoples Democratic Party, PDP, in Sokoto State left the party to join the All Progressives Congress, APC.

The defecting members were received in Isa local government area of the state on Sunday by the state governor, Aliyu Wamakko, who was represented by the Commissioner for Agriculture, Arzika Tureta.

The governor commended the new APC members for taking the step to dump the PDP.

Wamakko promised to give the defecting politicians equal and fair treatment with the older members of the party.

Also speaking on the move, the party’s acting Chairman in Sokoto, Usman Danmadamin-Isa, hailed the governor for giving the state a facelift since he assumed office in 2007.

He disclosed that members would ensure the party record successes at the forthcoming general elections in Nigeria.

Umar Suleiman, speaking on behalf of the defectors, explained that they decided to join the APC because of the tremendous achievements of Wamakko in the state since 2007.