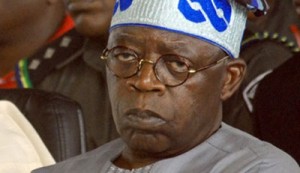 The events of the present days are devastatingly becoming unusual for some big wigs in the political circle of the country.

Unlike in the past, when nobody dared query the decisions of senior party members or top political godfathers, politicians are now challenging their leaders and taking them to task over issues bothering on election candidacy and other sundry issues that were hitherto taken for granted.

Flashback to 2007, when a leading political gladiator in Nigeria and the National Leader of the then Action Congress, AC, which later became the Action Congress of Nigeria, ACN, and has now merged with other parties to form the All Progressives Congress, APC, Bola Ahmed Tinubu allegedly imposed Governor Babatunde Raji Fashola, his erstwhile Chief of Staff on the party as the governorship candidate of the state.

Then, those who tried to challenge him on the matter were regarded as rebels and Tinubu reportedly had his way eventually, though many have said that primaries were conducted then, but that other aspirants only pre-empted Tinubu by refusing to contest the primaries with Governor Fashola at that time.

Seven years down the line, things appeared to have changed and with what is being circulated all over the metropolitan city and in political circles, Tinubu, aka Jagaban Borgu, might not find it easy to succeed in his alleged plan to impose a candidate on the party as the Governorship candidate of Lagos State as forces within the APC are said to be battling him over the matter.

Tinubu is allegedly planning to impose the immediate past Accountant General of Lagos State, Akinwunmi Ambode on the party as its Governorship candidate in Lagos State in 2015 to the detriment of several politicians that have indicated interest in contesting the primaries of the party as governorship aspirants.

Lai Mohammed allegedly told him at a meeting held in the house of Tinubu in Bourdillon, Ikoyi, Lagos that it would not be in the best interest of the party to impose a candidate on the party for the election.

“Lai Mohammed made Tinubu understand that it was wrong for him to impose Akinwunmi Ambode on the party and that they would no longer support him in such venture as the aspirants should be given a level playing ground to test their popularity through primaries election, which is slated for December, 2014 as they have all collected nomination forms,” said a source.

The meeting was allegedly called after Banire fired the first salvo in an interview he granted a popular on-line magazine, Premium Times, where he said that the APC could lose the governorship seat of the state if the leadership of the party imposes a candidate on the people.

When asked to assess the chances of the party in the 2015 Governorship election in Lagos State in the interview, Banire said; “to be candid, I am unable to say what it will be like because of what is presently going on within the party. My only hope is that we are able to be transparent, fair and just in the nomination process. Once we are able to do that, I will consider it very bright. But if otherwise, I’m not too sure what that will portend for us.”

He went on to say that there is a tendency of imposition on the people, and that a lot of people are out to resist it, apparently referring to Tinubu’s plan to allegedly impose Ambode on the party.

“And party members too appear to be on the same plane with those that are leading the struggle against the imposition of candidate. So, I believe that it does not signal anything that is good for all of us. If it has worked, the first question one (would) want to ask such a person, particularly if you are referring to Asiwaju (Bola Tinubu), his own emergence was not as a result of hand picking in 1998, go and ask him. We had direct primaries all over Lagos. And BRF (Babatunde Fashola) will tell you that he is not a product of single-handed imposition, and you can confirm from him. I’m quoting him now. At least we still had primaries all over, some people didn’t participate ultimately, some that felt aggrieved, they left and he had a field day in 2007,” he stated in the interview, which went viral on the social media some days ago.

On how much damage the imposition can wreck on the party, Banire said that it does not encourage mobilisation in the party in the first instance, adding that the meaning is that rather than people going to their constituents to solicit for votes, they rather prefer to go to some leaders lurking in one corner or the other to go and solicit tickets.

“So you are not mobilising people into the system, to start with. Secondly, people are not accountable to their constituents again because of the imposition. Because if you have a godfather who has imposed you on the people, it’s the godfather that you are accountable to and in most cases what you find out is that the accountability in that instance is a tribute. That again does not boost the morale of the party members. And thirdly, it causes a lot of factionalisation, unnecessary ones. And we’ve had the consequence once and I kept on saying it. During the last local government elections, we had a similar experience. Some of our party member went to vote against our candidates. So it’s no news. So it could wreak a lot of damage,” he said.

He said further that “The level of frustration is so much within the system. Most of the people that I have come across that have struggled within the party seem to be frustrated already. In fact, it has taken my intervention to arrest largely the drift of people to the opposition party. And I believe that if you are giving them assurance you must be able to secure that assurance to the last, because if you fail, then you may not be able to control anybody. It could happen, more so that the PDP is advancing seriously against us in the state. So I do not believe that we should play to their hands at all.”

Banire maintained that he could not back any candidate because of his position and that the fact that ‘some of us will prefer to see a candidate emerge as a result of the resolve of the people. So that’s my own thoughts in that regard.”

Many political watchers have argued severally that Tinubu is afraid of allowing politicians, some of whom have indicated interest in the governorship seat of the state under the party, get to the seat so that they would allegedly not pay him back in his coin by hijacking the machineries of the party from him as he allegedly did for the leaders of Afenifere, when he left the Alliance for Democracy under, which platform he became the Governor of Lagos State in 1999, to form the then AC.

However, a source close to Tinubu said that ‘the man is only being accused wrongly. He is a political strategist, who knows the best for the state and the country and he would not do what would scatter the party.’ 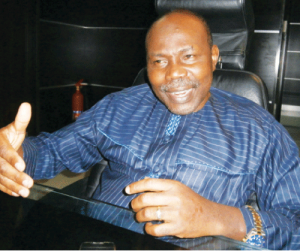 He advised those that are criticizing Tinubu to be patient and see what would happen in the coming weeks, adding that ‘most of the people that are complaining of imposition or consensus have benefitted from these arrangements one time or the other. So, Tinubu should not be seen as a bad man now as God wants to use him for the liberation of Nigeria.’

Amongst the aspirants jostling for the position of the Governor of Lagos State under the APC is a former commissioner for health in the state, Leke Pitan, Speaker of the Lagos State House of Assembly, Adeyemi Ikuforiji; Senator Ganiu Olanrewaju Solomon (GOS), current Commissioner for Works and Infrastructure in the state, Kadiri Obafemi Hamzat (KOH), Tola Kasali, and Abdulwahab Tokunbo. 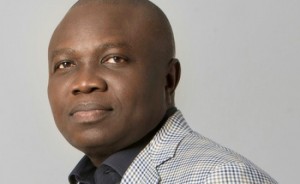