I Once Considered Suicide—Tiwa Savage 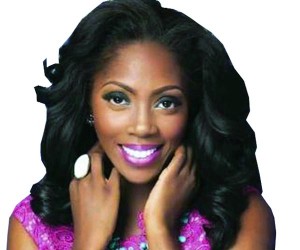 $exy singer, Tiwa Savage, who married her manager, Tunji Balogun, better known as Tee Billz, in early 2014, has disclosed that she once thought of taking a life threatening decision at a point in her life.

Tiwa is one of the most successful female artistes in Nigeria at the moment. She has managed to seal endorsement deals believed to run into several millions of naira with some known companies. The controversial music act is a brand ambassador for leading companies like MTN, Pepsi and Forte Oil (owned by Femi Otedola).

Few days ago, her mother added another year and the singer praised the woman for making her who she is today. Tiwa said despite being bullied in school some years ago in London, her mother, rather than get annoyed with her (Tiwa) classmates, showed her love and even prayed for the students that bullied her.

Narrating her ordeal back then, Tiwa disclosed that, “During my high school days, I was bullied for several years. I would get jumped on the bus, head flushed down the toilet and so on. It got so bad that I did something drastic and life threatening because I was so depressed.”

Stating further, the ‘Doro Diva’ noted that, “My mother was called to school on several occasions and each time she came, she would ask to see the other students bullying me and would always pray for us all. Of course, they would joke and laugh but my mother was always so calm and reserved and she would take me home, cook me Naija food (we were living in London at the time) and she would make me realize how loved I was and how rich my culture is. “How beautiful I am being a Nigerian girl (I was bullied for being African, skinny, dark and I had a strong Naija accent).”

“What my mother didn’t do was fight, shout or argue with the other girls or their parents (who were at times very rude and disrespectful). Instead, she showered me with love and reminded me where I was from,” Tiwa further disclosed.

Tiwa described her mother as her best friend, hero and biggest inspiration.