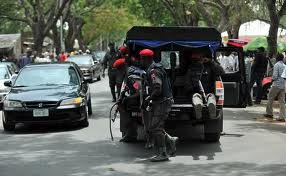 A N50-million reward has been announced by the Nigeria Police for anyone with useful information that could lead to the rescue of the over 200 schoolgirls kidnapped by the Boko Haram group three weeks ago in Chibok, Borno State.

The reward was disclosed on Wednesday by the police spokesman, Frank Mba.

Mba also urged members of the public to call some numbers given out for clues to the rescue of the missing secondary school girls.

“The Nigeria Police hereby announce a cash reward of Fifty Million Naira (N50,000,000.00) to anyone who volunteers credible information that will lead to the location and rescue of the female students abducted from Government Girls Secondary School, Chibok, Borno State,” Mba said.

ALSO READ  How Police Tortured Journalist, Others For Clubbing

“The Force urges all patriotic citizens with such useful information to contact the following numbers:

The police further assured the general public that “any information given would be treated anonymously and with utmost confidentiality.”