You Are Here: Home → 2018 → May → 31 → Prophet Iginla Fetes Less Privileged With Gifts, Money To Mark Birthday 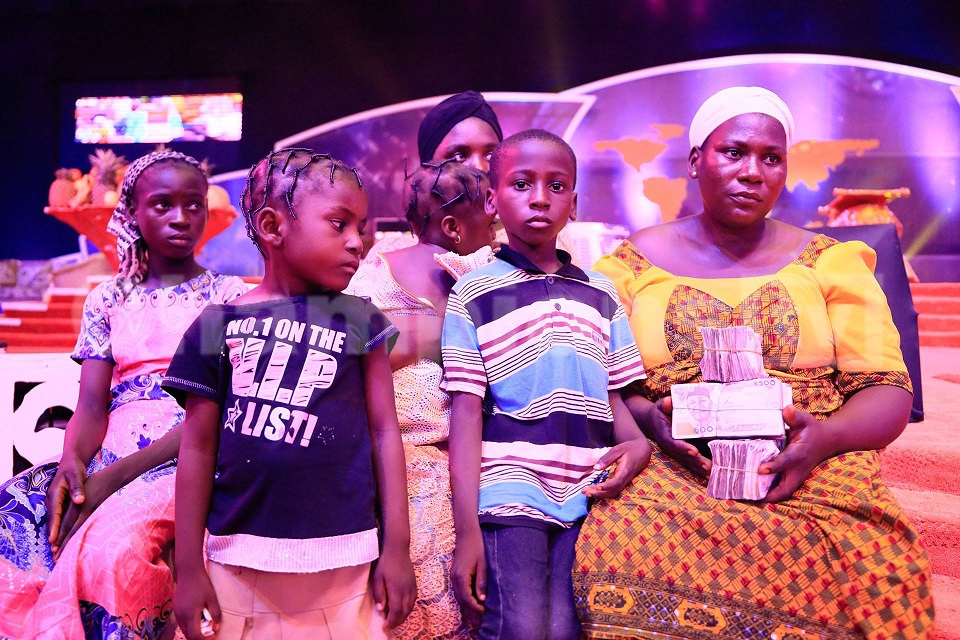 Popular Abuja based Prophet and General Overseer of Champions Royal Assembly, Joshua Iginla is at it again with his Christlike act as he doled  out several Millions to the less privileged during his birthday celebration in Abuja on Sunday, 27thof May, 2018 at the City of Wonders.

Instead of organising a massive celebration for himself, the prophet rather decided to celebrate the needy and this is no doubt exactly what the gospel entails.

Surprisingly, Muslims were recipients of this gift which shows how loving the Prophet is to all races and religion.

Among the receivers of the gift included 40 physically challenged, visually impaired people who received a sum of N150,000 each in order to rescue them from the hands of hardship.

Shockingly,  a widow, Mrs Danladi,  was given a sum of N1Million as a gift, life time scholarship for her five children, a plot of land in the city of wonders with a three-bedroom flat to be built on it.

Also, a poor elderly couple, Mr and Mrs Dabby Shakari who have lived in abject poverty were dazed when the humble clergy blessed them with N1Million, N100,000 Lifetime salary and a new fully-furnished apartment worth millions to be built for them.

The high point of the day was when he dashed out N2 million to the owner of Korede Films, Sunday Soyinka, whose film production has gone comatose.

It isn’t out of point to note that these philanthropic acts are just one of a kind and almost the first of its kind.

According to the prophet while commenting on the reasons behind this, he noted that He’s making love lead and giving no room for discrimination or castigation.

It’s important to note these beneficiaries aren’t even members of Champions Royal Assembly where Bro. Joshua Iginla is the founder and senior pastor.

A great number of them are from the other religion and this further proves the man of God’s point as commanded by God – reaching out irrespective of religion, tribe, race, gender or skin colour.